The study finds that binge watching is more popular among younger viewers, especially Gen Z1and Gen Y who are nearly twice as likely to binge-watch content across various platforms, compared with Pre-Boomers (55% vs 24%, respectively). Binge watching also is associated with higher customer satisfaction with the TV provider’s programming, and features and functionality of the service, compared with those who don’t binge. Younger audiences are twice as likely to use the streaming app and three times more inclined to use a secondary streaming account (such as Netflix) through the provider’s interface than Boomers and Pre-Boomers.

“On the upside, there is a trend of improvement in overall customer satisfaction since 2015,” said Adrian Chung, Director of the Technology, Media & Telecom Practice at J.D. Power in Canada. “However, this trend has plateaued. If TV and ISP providers want to remain competitive, they need to innovate and stay relevant to younger audiences. Availability and reliability of the service, wider content selection and enhancements to streaming apps and user interface are key areas that can positively affect satisfaction.”

Following are some key findings of the 2019 studies:

In the East region, Videotron ranks highest in both TV (780) and Internet Service Provider satisfaction (779) for a seventh consecutive year. Cogeco ranks second in TV satisfaction (730) and internet (727).

In the West region, SaskTel ranks highest in both TV (759) and Internet Service Provider satisfaction (755) for a seventh consecutive year. TELUS ranks second in this region for both TV satisfaction (722) and internet (719).

For more information about the Canada TV and ISP Satisfaction Studies, visithttps://www.jdpower.com/business/resource/canadian-wireline-satisfaction-study-ca. 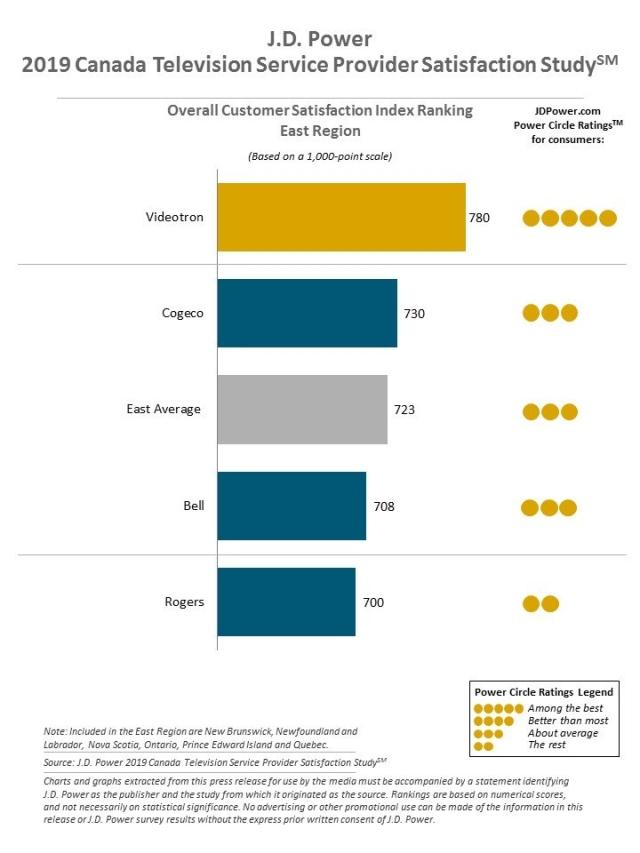 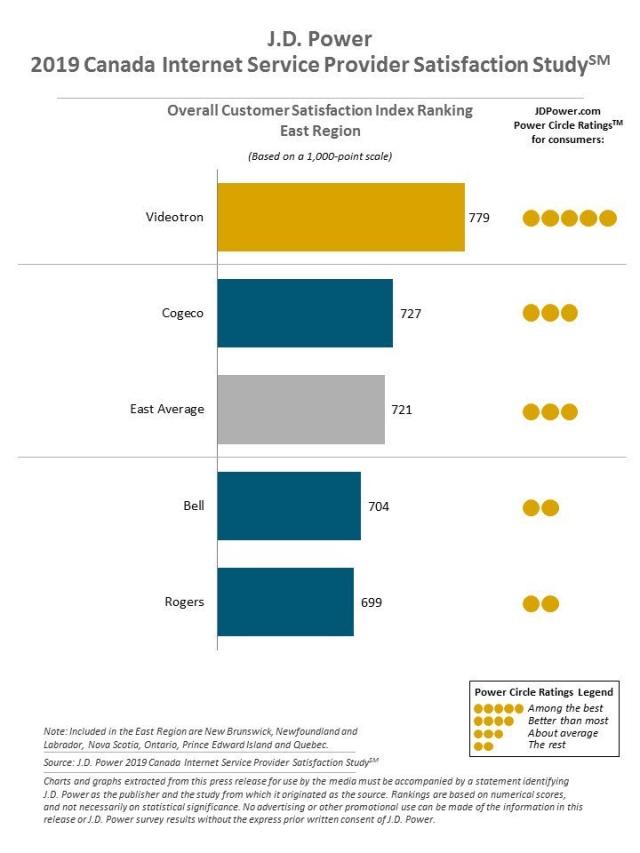 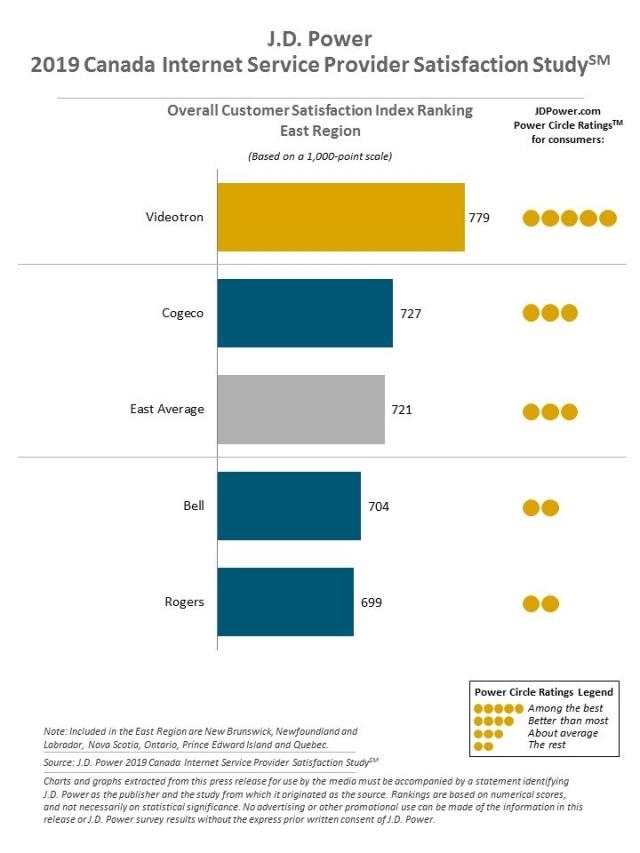 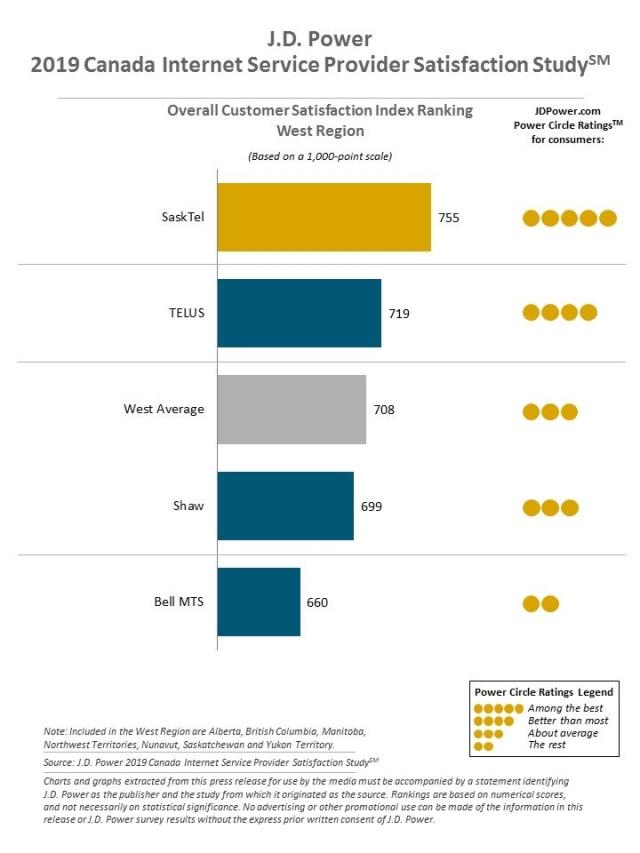