TORONTO: 10 May 2018 — Customers in Canada are not in a rush to upgrade their wireless devices to newer models and, as a result, are experiencing more network quality issues, especially among heavy data users. According to the J.D. Power 2018 Canada Wireless Network Quality Study,SM 23% of customers have had their phone for more than two years, an increase from 21% in 2017.

Further, customers who own a newer phone (six months or less) experience fewer slow web and app connection incidents (10 problems per 100 network connections for web and 7 PP100 for app), compared to those with devices older than two years (12 PP100 for web and 9 PP100 for app).

“Consumers’ increased appetite for heavy data-based websites and apps, such as streaming HD videos, are causing bottlenecks and impairing the performance of wireless networks when coupled with older devices,” says Adrian Chung,Director of the Technology, Media & Telecom Practice at J.D. Power in Canada. “Although these issues are more related to end-user devices and their ability to process data rather than network capacity, it has a negative effect on a carrier’s brand image.”

According to the study, consumers with fewer network problems have a more favorable brand image of their wireless carrier and are less likely to switch providers than those experiencing more network problems. Specifically, 37% of consumers who experienced fewer than 4 PP100 plan to stick with their carrier, compared with only 18% of those who experienced 12 PP100 or more. The former group also perceives their wireless provider as more innovative, reliable and of good value.

“Since 1 in 3 Canadians are opting for 5 GB or higher data plans to enable increased data-driven wireless experiences, wireless networks and devices are pushed to their limits,” Chung said. “Carriers should be mindful about this trend and the effect it has on their reputation. Network upgrades and more compelling trade-in programs for heavy users are examples of potential remedies.”

Following are some additional findings of the 2018 study:

In the East region, Videotron (7 PP100) ranks highest in overall network quality, followed by Rogers Wireless and TELUS Mobility in a tie (8 PP100).

In the West region, SaskTel and TELUS Mobility rank highest in a tie with 8 PP100. 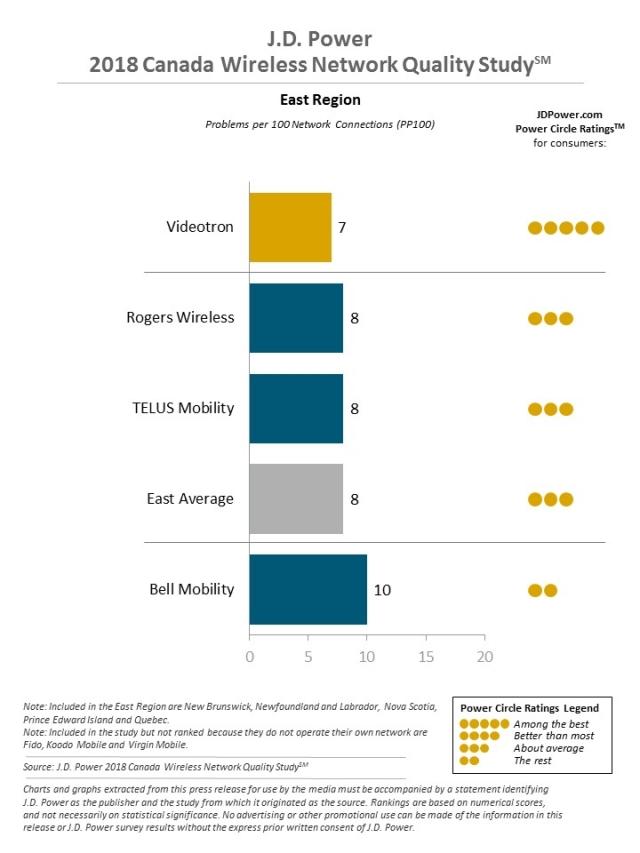 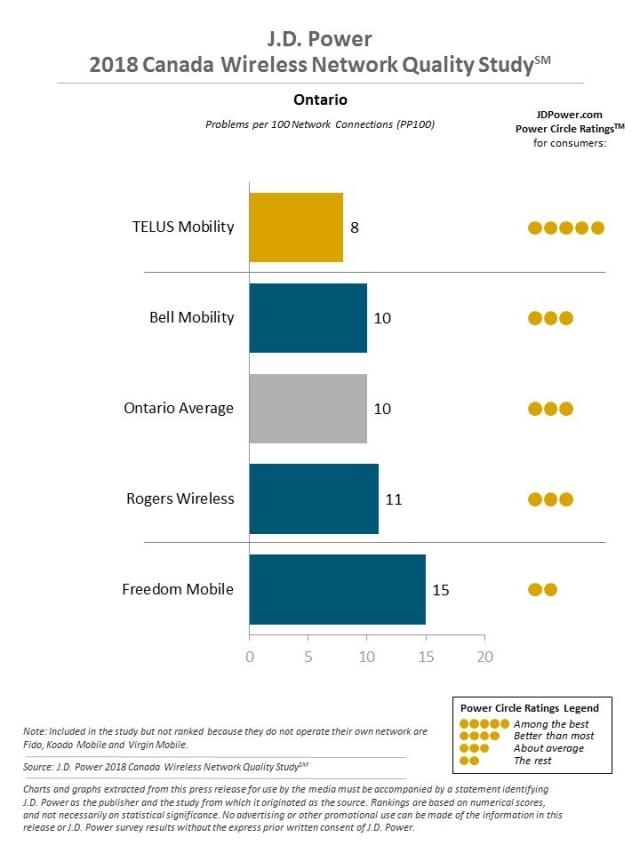 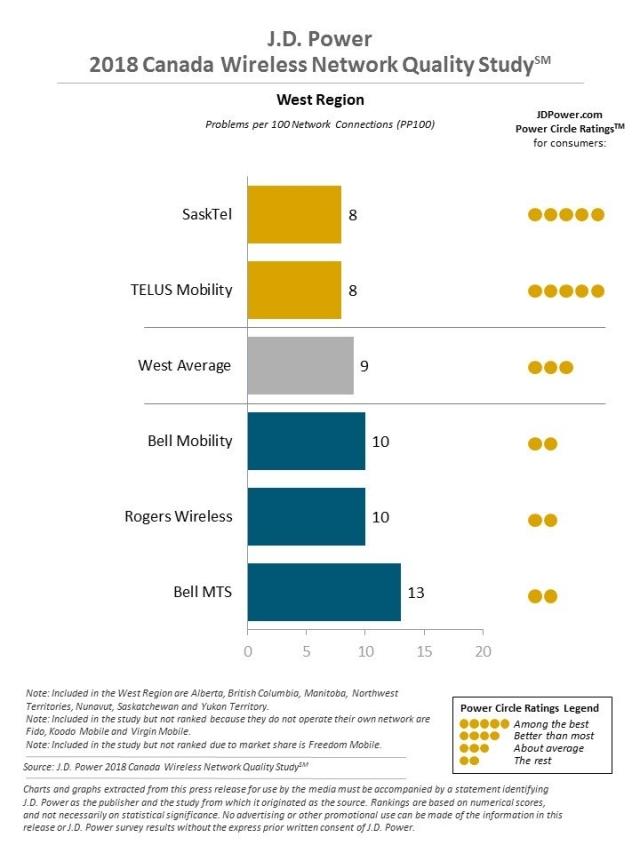