TORONTO: 28 March 2019 – When it comes to addressing insurance pain points of homeowners in Canada, insurance companies are falling short in meeting their expectations, according to the J.D. Power 2019 Canada Home Insurance Satisfaction Study.SM In fact, all seven of the most important attributes that affect customer satisfaction receive lower average scores than those in less-influential areas of customer interaction.

“Insurers who want to increase market share as well as attract and retain customers need to shift focus and improve in areas that most influence customer satisfaction,” said Tom Super, Director of the Insurance Practice at J.D. Power. “Highly satisfied customers have better policy lifetime expectancy (PLE) scores and are much more likely to recommend their insurer to friends or family.”

Additionally, the study finds that more than 50% of customers indicate their insurer failed to deliver on key performance indicators (KPIs) that they rate as most important related to price, policy and service.

Following are some key findings of the 2019 study:

The Co-operators ranks highest in overall satisfaction in the Atlantic/Ontario region with a score of 791. RBC Insurance (774) ranks second and Allstate (764) ranks third.

In the Quebec region, The Personal ranks highest with a score of 830. Industrial Alliance (824) ranks second, while belairdirect and La Capitale rank third in a tie with 809.

In the Western region, BCAA ranks highest with a score of 800. The Co-operators (779) ranks second and TD Insurance (749) ranks third.

Quebecers are the most satisfied with their homeowners’ insurers, with a region average of 800 points, while their neighbours in the Western region are the least satisfied, with an average score of 740. The Western region also has the lowest score for competitiveness of discounts offered.

The 2019 study is based on responses from 5,809 homeowner insurance customers across Canada and was fielded from November 2018 through January 2019. 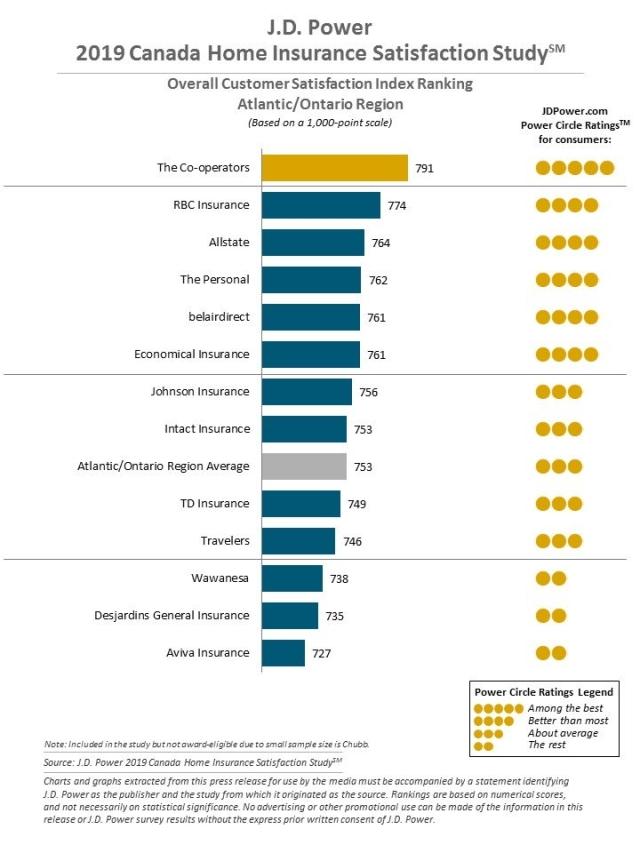 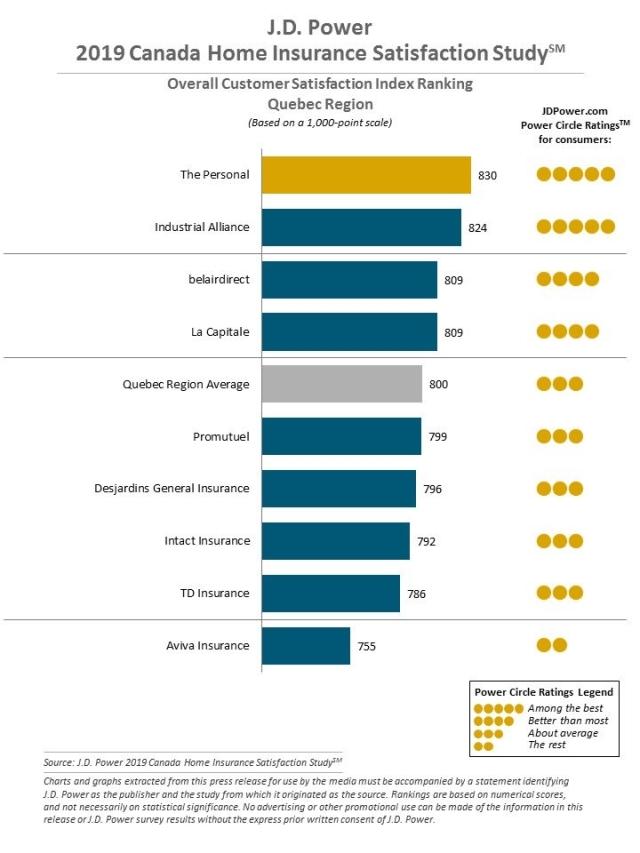 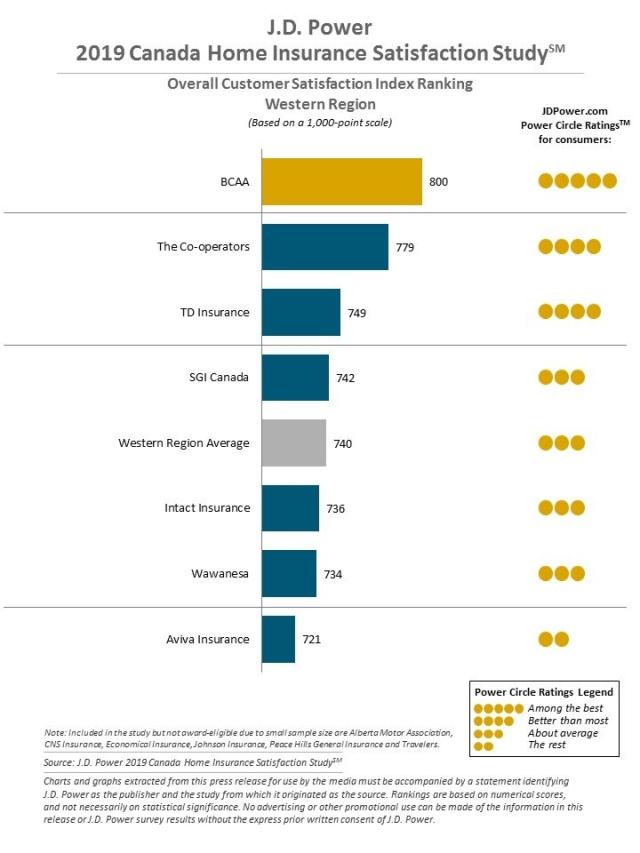