In contrast, overall satisfaction in the Western region drops to 732 in 2016 from 745 a year ago. Price is the leading cause of the drop in satisfaction, suffering a 23-point year-over-year decline.

Contributing to the decline in satisfaction is that home insurers in the Western provinces have been challenged with significant losses resulting from catastrophic events.  While fire-related claims have decreased to 5% of claims in 2016 from 6% in 2013, storm-related claims have increased to 44% from 37% over the same period. The Western provinces are still being impacted by the wind and thunderstorm event that took place in the summer of 2015 in Alberta and Saskatchewan, resulting in $56 million CAD in insured losses[1].

“The Western provinces have had some very severe events in recent years, like the current Fort McMurray wildfire, which have caused significant financial losses for insurers,” said Valerie Monet, director of the insurance practice at J.D. Power. “When insurers are managing losses, rate increases are common and cost control is a frequent focus. From a customer perspective, price satisfaction hasn’t improved over the years, and data suggests that many insurers have not had time to focus their efforts on improving the customer experience after the upheaval these claims events have had on their business.”

Monet noted that improving the customer experience is a primary area of differentiation for insurers. In most instances, the product purchased at a given price point is similar, if not exactly the same. The way insurers improve is by communicating the value of the product, ensuring customers understand what is and is not covered, and generally being easy to work with. Insurers that understand how to operate at the convergence of these three principles are making the most improvement.

Intended Loyalty Drops: The Quebec region has the highest intended loyalty , with 37% of customers saying they “definitely will” renew with their current provider, while 31% of customers in both Atlantic/Ontario and Western regions indicate the same.

The 2016 Canadian Home Insurance Study is based on responses from 7,438 homeowners insurance customers. The survey data was collected from March through April 2016.

For more information about the 2016 Canadian Home Insurance Study,visit http://canada.jdpower.com/resource/canadian-home-insurance-study 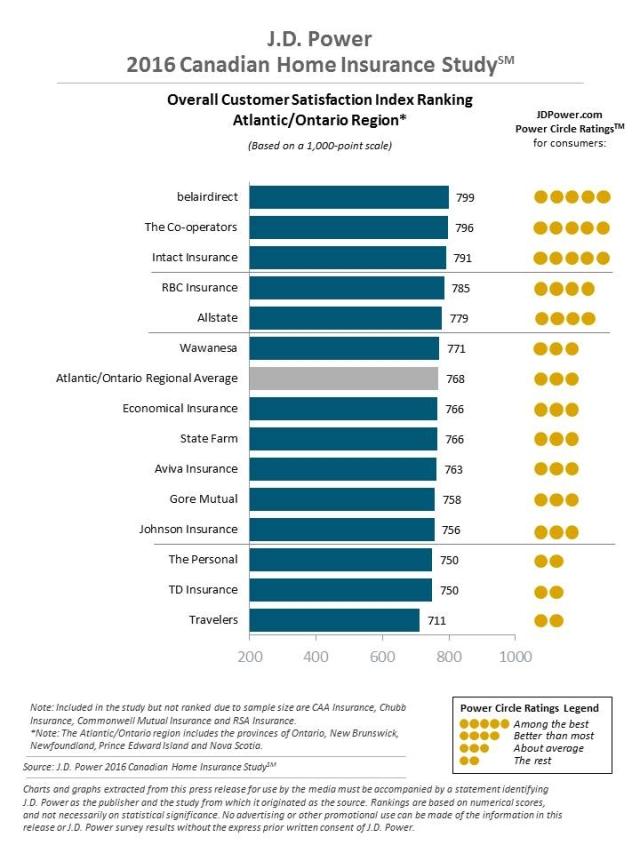 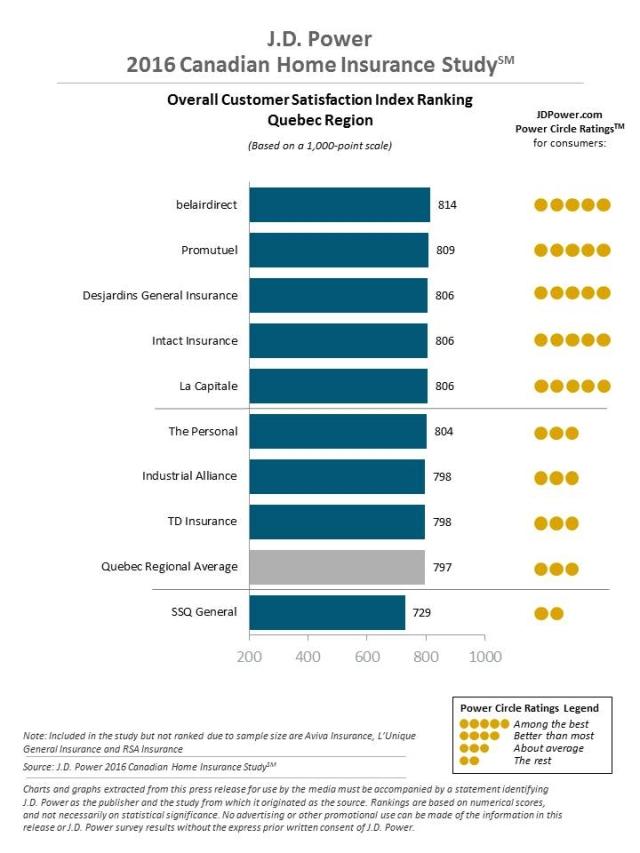 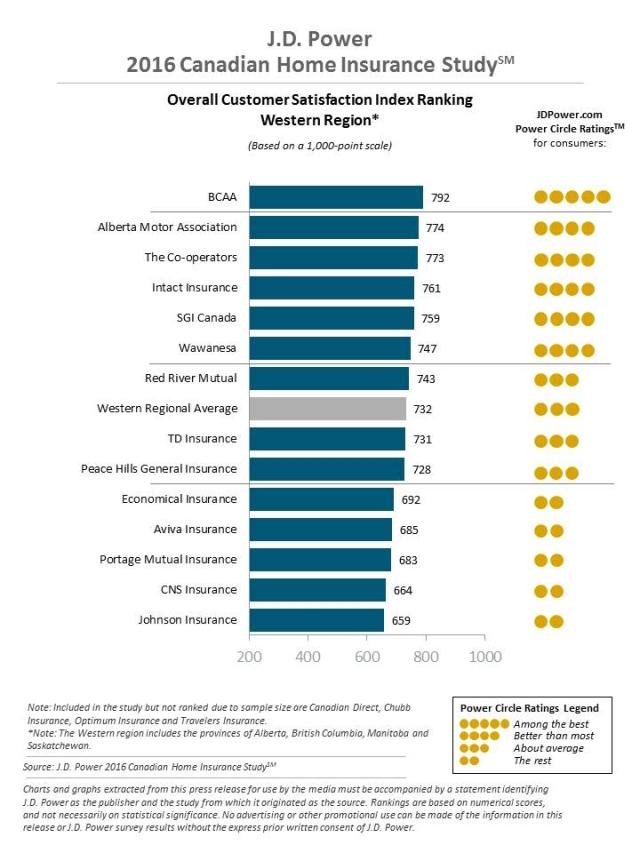