TORONTO: 15 April 2019 — Following a rocky 2018 in capital markets and negative investment yields, investors in Canada who are edgy about their financial holdings have less satisfaction with their investment firm, according to the J.D. Power 2019 Canada Full Service Investor Satisfaction Study,SM released today. For the first time since the 2008 financial crisis, customer satisfaction has declined, dropping to 778 (on a 1,000-point scale) from 785 in 2018.

“There’s a belief in the industry that challenging market conditions are when financial advisors most demonstrate their value to clients,” said Mike Foy, Senior Director of Wealth Intelligence at J.D. Power. ”But what we see is that many advisors are not consistently having the sometimes difficult conversations necessary to manage client expectations and navigate through market volatility and downturns.”

According to the study, nearly one-third (32%) of investors say their advisor did not take the time to explain their portfolio performance during the past year. Investors not receiving an advisor explanation are almost twice as likely as those who receive an explanation (36% vs. 19%, respectively) to indicate their financial performance was “worse than expected” and were significantly less satisfied with both that performance and their advisor.

“Market conditions may be outside the control of investment firms and advisors, but they do have a significant ability to control how investors react to those conditions, and they need to be providing that transparency to help clients stay focused on long-term goals,” Foy said.

The 2019 study is based on responses from 3,947 investors who make some or all of their investment decisions with a financial advisor regarding their primary investment account. It was fielded from November 2018 through January 2019. 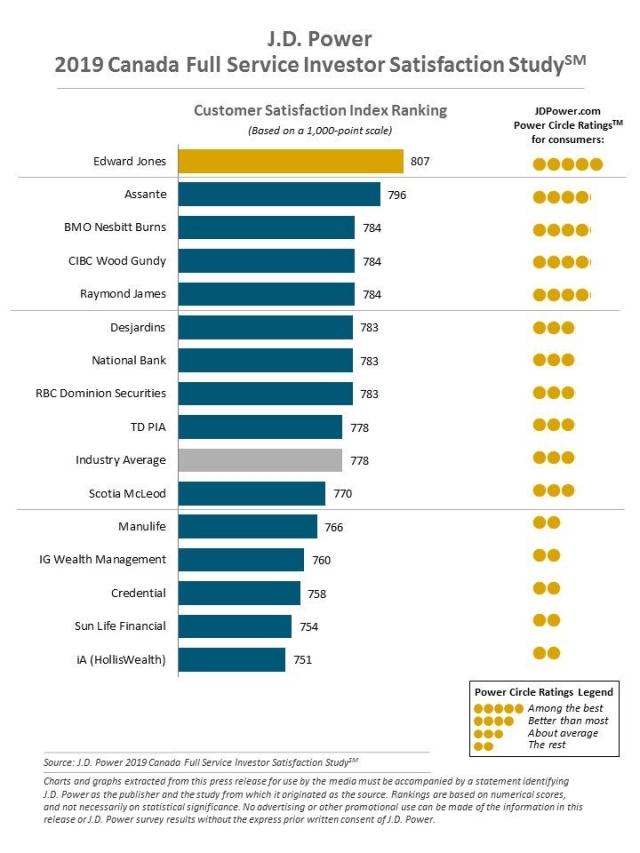