WESTLAKE VILLAGE, Calif.: 30 July 2015—While retail banks in Canada have achieved record profits, they may be losing touch with their customers, as satisfaction has declined due to high fees and an actual or  perceived reduction in the number of services, according to the J.D. Power 2015 Canadian Retail Banking  Satisfaction StudySM released today.

“When a retail bank increases fees and trims back on its core services to customers for the sake of increasing profits, they may be losing touch with one of the most important aspects of their business survival—the customer,” said Jim Miller, senior director of the banking practice at J.D. Power. “Retail banks that make their short-term earnings at the expense of their customers are trading long-term customer loyalty for short-term profits. Customers will wait only so long in line at a branch or on the phone to handle a transaction or resolve a problem, especially when they are already unhappy with high fees. Banks that don’t provide enough value for what their customers are paying are likely to find their customers  switching to low-cost competitors, some of which provide great customer service.”

The 2015 Canadian Retail Banking Customer Satisfaction Study is based on responses from more than 14,000 customers who use a primary financial institution for personal banking. The study includes the largest financial institutions in Canada and was fielded from April 2015 through May 2015.

[1]  Big 5 Banks are the largest five banks in Canada (BMO, CIBC, RBC Royal Bank , Scotiabank, and TD Canada Trust); Midsize banks include all other banks in Canada with the exception of credit unions. 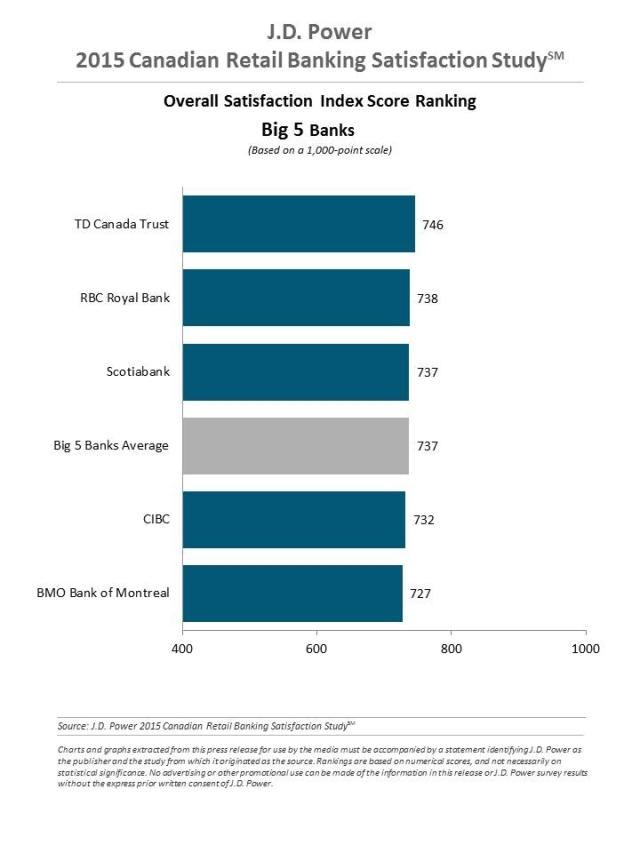 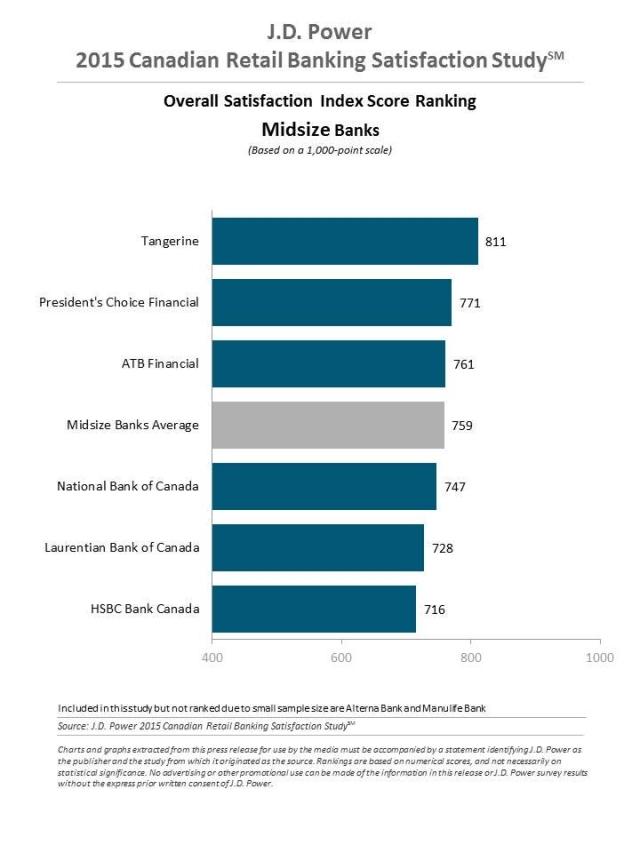