“The large-scale push toward digital transformation by Canadian banks has had the desired effect of moving more customers onto more cost-effective digital channels but, in some cases, that transition is coming at the expense of customer satisfaction,” said Bob Neuhaus, Senior Director of Financial Services at J.D. Power. “As mobile apps rapidly become the primary interaction channel for retail bank customers, it’s become critical for banks to make sure their customers completely understand all of the features their apps include and continue to add value through the digital channel. Currently, fewer than 70% of customers in North America indicate they have a complete understanding of the feature-rich apps being offered by their banks.”

The 2018 Canada Banking App Satisfaction Study measures overall satisfaction with mobile banking applications based on five factors (in order of importance): ease of navigation; appearance; clarity of information; range of services; and availability of key information. The study is based on responses from 1,741 retail bank customers nationwide. It was fielded in April-May 2018. 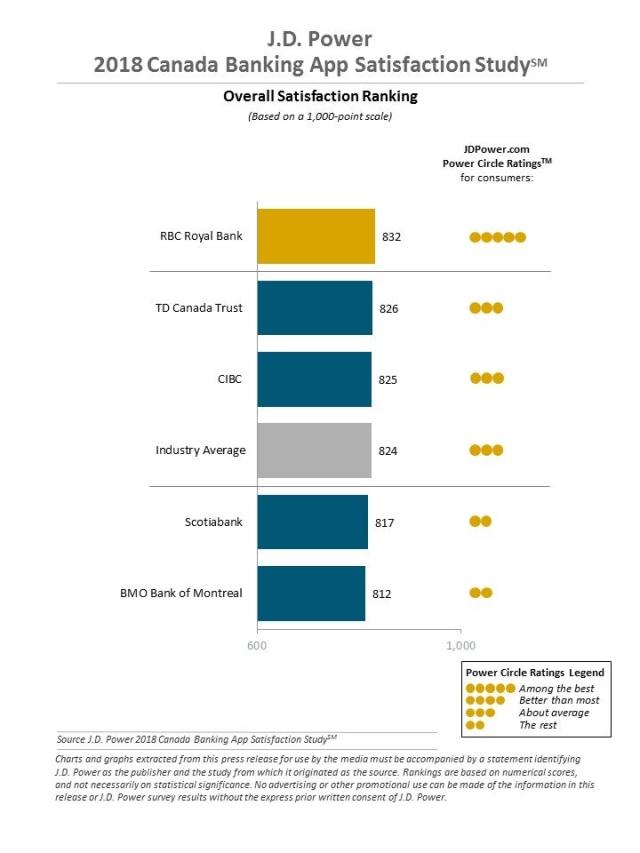