COSTA MESA, Calif.: 22 March 2018 — Long, imprecise service windows have been the bad joke of the telecommunications industry ever since Jim Carrey caricatured a crazy service technician in “The Cable Guy.” Despite widespread awareness, the problem persists for many telecommunications companies. According to the inaugural J.D. Power U.S. Telecom In-Home Service Technician Study,SM released today, longer service windows and late or early arrival times have a negative effect on customer satisfaction.

“The more flexible telecom companies can be with offering service windows that work with their customers’ schedules and the more precise they are at hitting those target times, the higher levels of customer satisfaction they can realize,” said Peter Cunningham, Technology, Media, and Telecommunications Practice Lead at J.D. Power. “Though this may seem like common sense, there are huge performance gaps among the different providers. Those that are getting it right have developed strong skill sets in both managing customer expectations and delivering on them.”

Following are key findings of the 2018 study:

The 2018 U.S. Telecom In-Home Service Technician Study was fielded in December 2017-January 2018, collecting 3,744 responses. To be eligible to participate, respondents needed to have an in-home telecom service technician visit in the past six months. 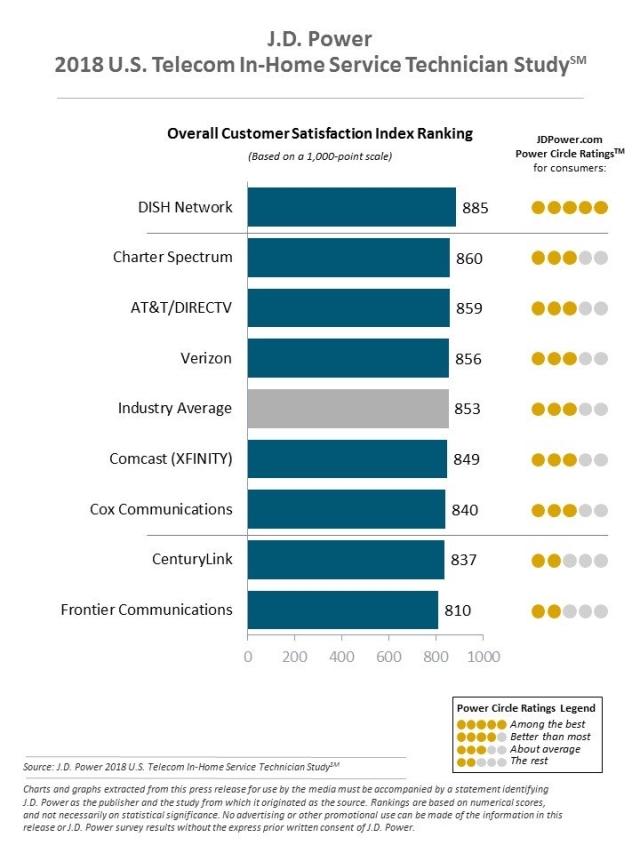 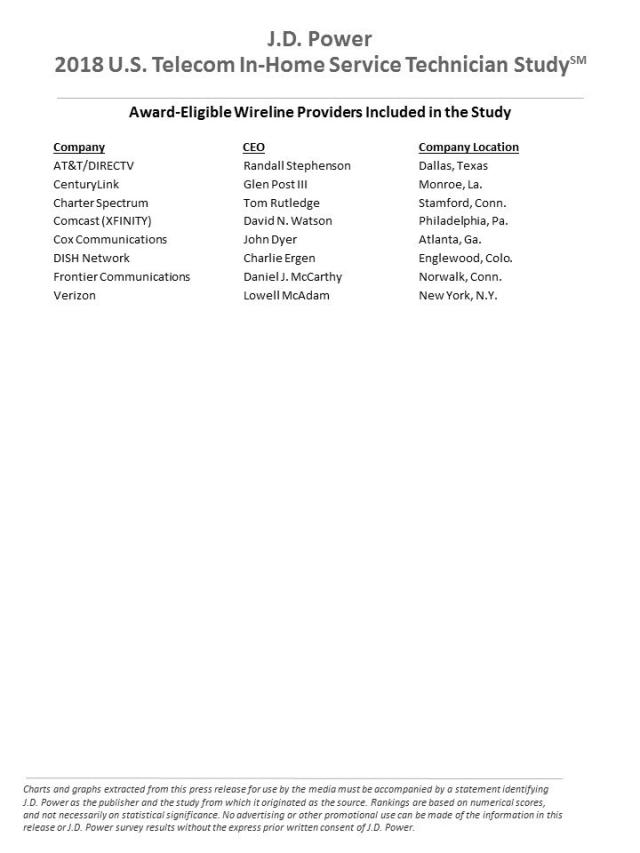