SaskTel and Videotron Rank Highest in Both Television and Internet Customer Satisfaction In the West and East Regions, Respectively, for a Fourth Consecutive Year

TORONTO: 2 June 2016 — As cable and satellite television providers in Canada continue to face competition from video streaming services, the Canadian Radio-television and Telecommunications Commission’s[1] mandate for providers to offer a “skinny” TV channel package with a $25 cap by December 2016 may help them stay relevant in the market and coexist with these alternative services.

The adoption of alternative video services (e.g., streaming services) is on the rise, as 49% of television customers indicate they have used one in the previous 12 months, compared with 42% in 2015. Facing a competitive risk as well as a regulatory deadline, television providers have offered price-conscious customers who wish to only pay for what they watch the option of basic or skinny program packages with the flexibility to add preferred channels.

Satisfaction is highest among customers with a skinny service that allows them to expand and choose additional channels individually (761 on a 1,000-point scale), surpassing satisfaction among those with premium service (738), as well as those with a preset expanded basic package (708) or basic cable (700). More than one-fourth (28%) of customers have a skinny package that costs $25 or less, and 13% of customers pick and pay for additional channels above their skinny package. Satisfaction with cost is also high among customers in this group, which is encouraging for television providers as they generally receive much lower ratings than alternative video services on cost of service (6.0 on a 10-point scale vs. 7.8, respectively).

“Customers have long desired flexibility to pick and choose their own TV packages and not be forced to subscribe to channels they have no interest in watching,” said Adrian Chung, director in the telecom, media and technology practice at J.D. Power. “Having the option to choose a skinny TV package with channel upgrade options helps to meet that demand and for some, creating more room in their budget for streaming video content.  Instead of a growing number of so-called cord cutters, there is high perceived value in paying for access to content that isn’t available through standard programming, leading more customers to use a combination of services to meet their viewing needs.”

Following are some key findings of the 2016 TV and ISP studies: 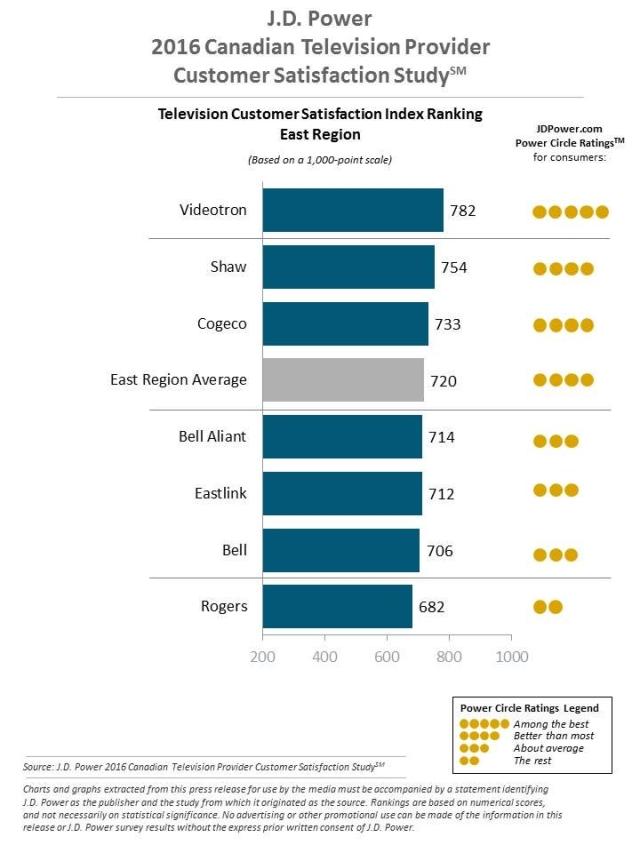 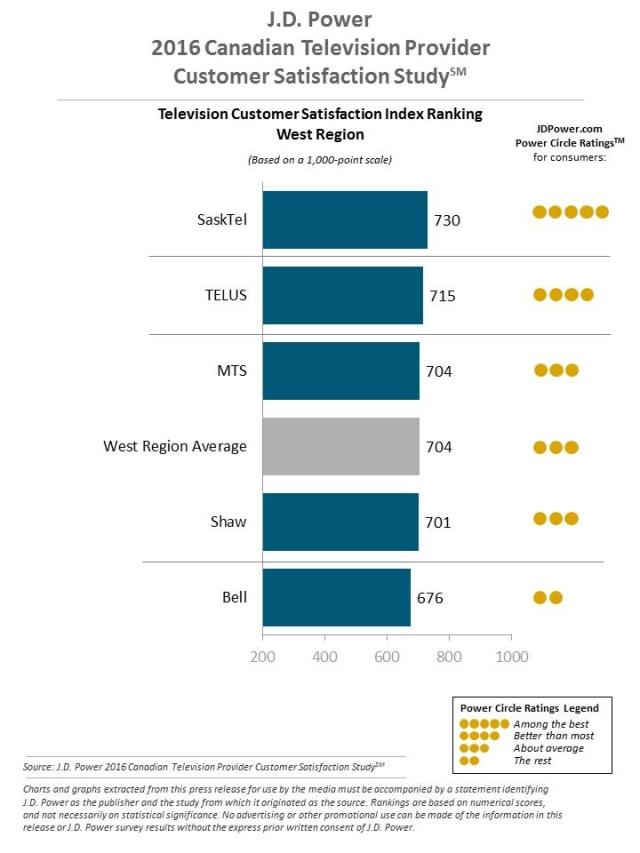 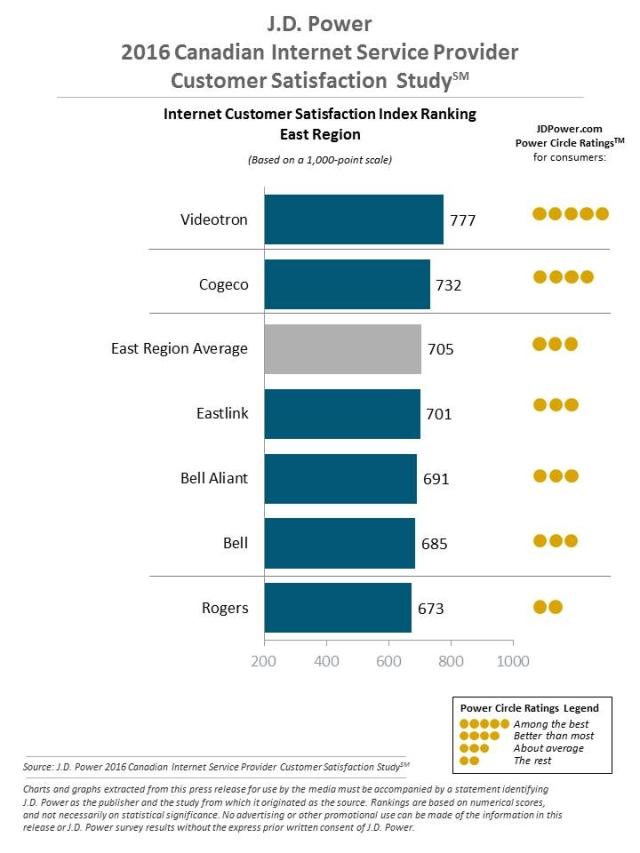 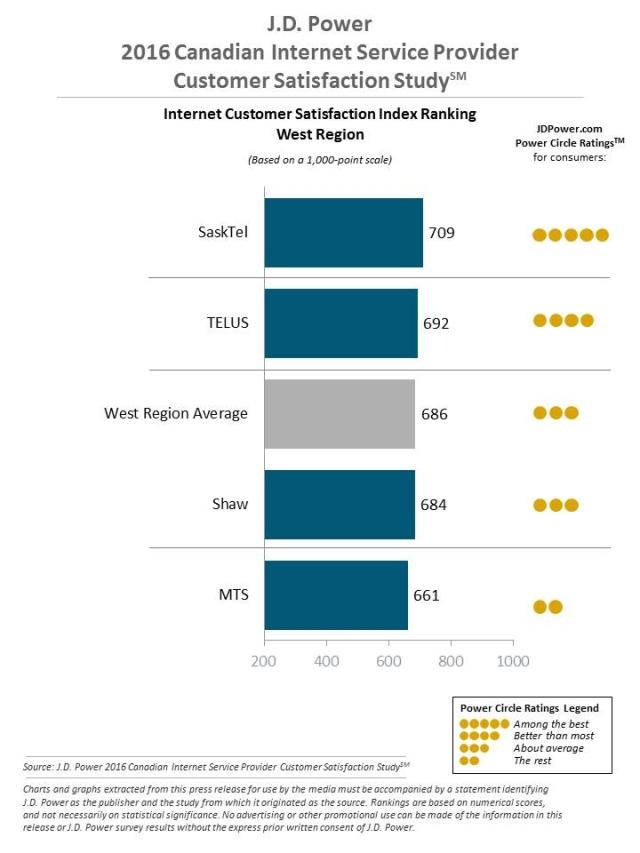 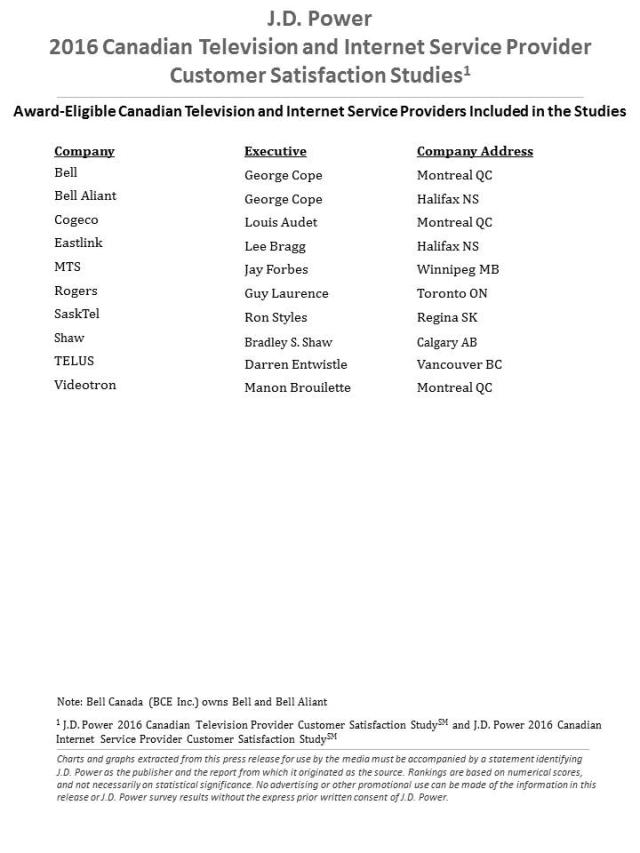