The study finds that dealers are most satisfied with their lenders when they are assigned a dedicated primary buyer or buying team. Tasked with everything from making a credit decision to restructuring a deal, these frontline lending personnel play an increasingly critical role in shaping the dealer/lender relationship.

“In the current marketplace, the difference between closing a deal and losing a customer to the dealership down the street will frequently be determined by the finance department’s ability to secure the right loan at the right price,” said Jim Houston, senior director of automotive finance at J.D. Power. “The more adept these financial professionals are at helping dealers address specific challenges along the way, the more business they will ultimately do with that dealer.”

The study, now in its 19th year, has been significantly redesigned to now evaluate auto lenders in two primary categories: captive (lender that is wholly owned by a manufacturer or is directly affiliated with a manufacturer) and non-captive (an independent lending institution). The study measures dealer satisfaction with captive finance providers across four factors: application/approval process; relationship; provider offerings; and lease return.  The measurement criteria for non-captive lenders are the same, with the exception of the lease return factor.

Following are additional findings of the 2017 study:

The 2017 Canadian Dealer Financing Satisfaction Study captures approximately 3,750 finance provider evaluations across the two segments from new-vehicle dealerships in Canada. The study was fielded in January-February 2017. 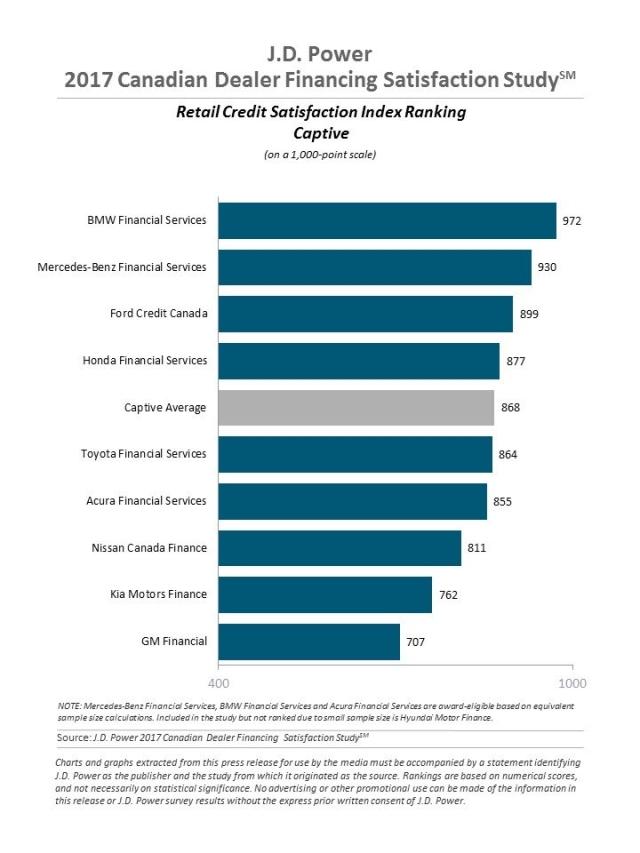 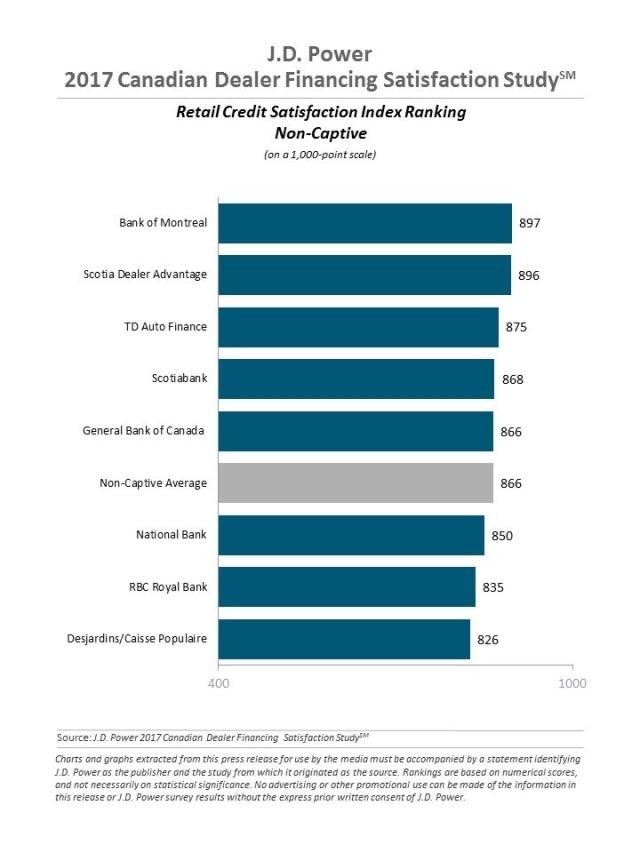