TORONTO: 23 May 2018 — For the second consecutive year, auto dealers in Canada continue to stress the importance of the dealer-lender relationship and are more satisfied with lenders that not only understand their needs, but also consistently exceed their expectations, according to theJ.D. Power 2018 Canadian Dealer Financing Satisfaction Study,SM released today.

As the auto retail financing industry becomes more commoditized, dealers cite “people relationships” and “ease of doing business” as the top two reasons for their selection of a financing provider. The importance of these two reasons are echoed both by captive and non-captive lenders. Factors such as dealer compensation and competitive rates are also relevant in the provider selection decision, but are of secondary importance to customer service-related reasons.

“The marketplace in Canada continues to be strong, yet highly competitive, so relationships are what make the difference,” said Jim Houston, Senior Director of Automotive Finance at J.D. Power. “Lenders can adjust their credit policy, interest rate or dealer compensation plans, but it’s how they interact with dealers and resolve issues when they arise that have the greatest effect on satisfaction. When overall satisfaction increases, dealers are more willing and able to deepen the business relationship with lenders.”

The study, now in its 20th year, finds that problem resolution and the speed with which an issue is rectified significantly affect dealer satisfaction levels. Moreover, it’s the credit department that bears the load and acts as the first port of call when things go sour. Six in 10 (60%) auto dealers indicate that credit desk personnel are the first point of contact for any problems or concerns. Additionally, 76% of dealers say they were able to engage with credit staff when needed.

“While both captive and non-captive lenders’ credit departments perform well in making themselves available, lenders should not rest on their laurels,” Houston said. “Instead, they should maintain a sense of urgency when responding to dealers, as satisfaction levels plummet when the credit department is not readily available. Leveraging various communication channels and technology coupled with adequate credit department staffing are some measures in which lenders can demonstrate their commitment and differentiate themselves to increase satisfaction.”

Following are additional findings of the 2018 study:

The 2018 Canadian Dealer Financing Satisfaction Study captures 4,861 finance provider evaluations across the two segments from new-vehicle dealerships in Canada. The study was fielded in February-March 2018. 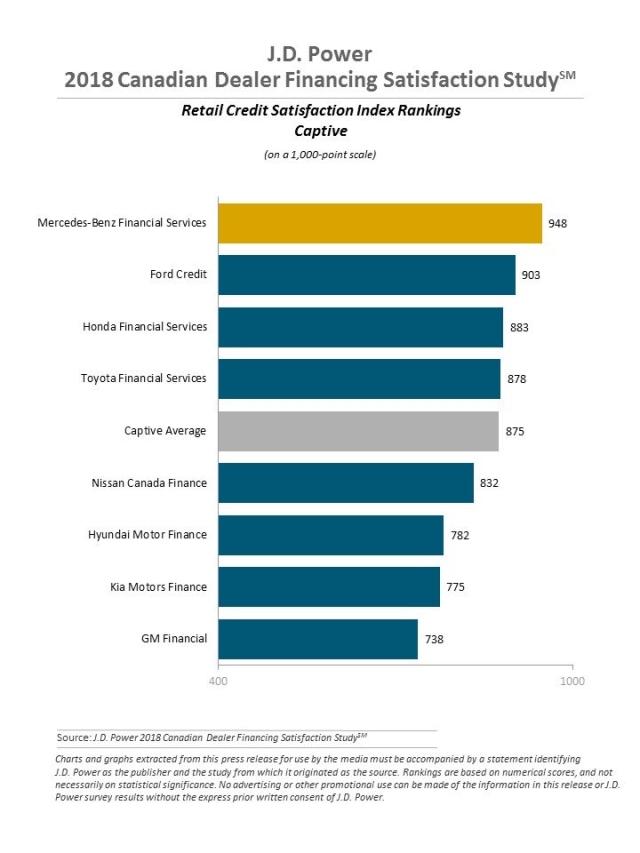 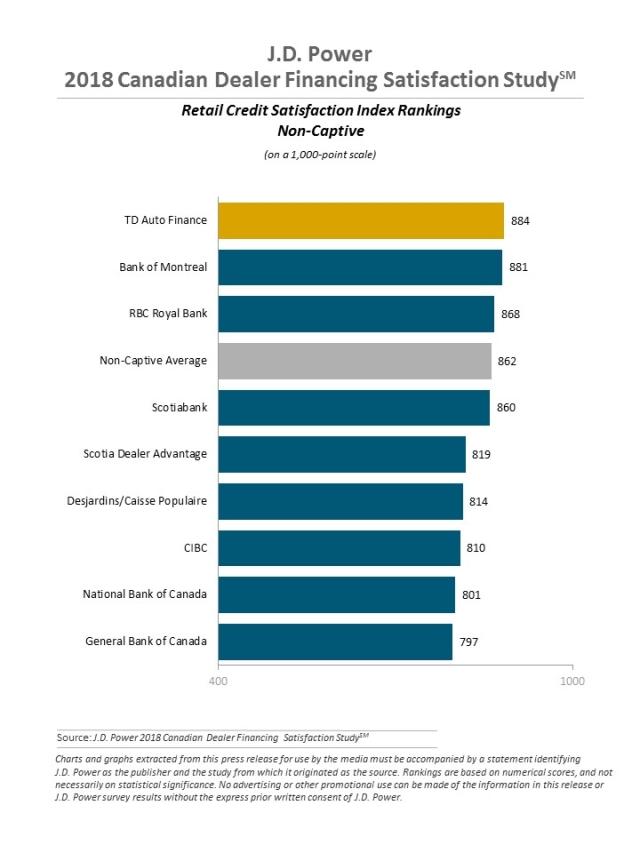