TORONTO: 7 May 2018 — Customer satisfaction with Canadian auto insurance companies has declined during the past year, mainly due to rising consumer expectations and a lack of proper communication on rate action. Overall satisfaction dropped six points to 778 (on a 1,000-point scale), down from 784 a year ago, according to the J.D. Power 2018 Canadian Auto Insurance Satisfaction Study,SM released today.

More specifically, the study finds that consumers are setting a high bar for auto insurers. Expectations that have been irrevocably influenced by digital service providers have ushered in an era in which success requires providing products and services to consumers that are relevant, personalized, easy and timely.

“Auto insurance customers’ expectations are increasingly being shaped by experiences outside the industry,” said Tom Super, Director of the Insurance Practice at J.D. Power. “Customers have come to expect interactions with a brand to be easy, provided in real time and relevant to them—whether speaking with a representative in a call center, navigating the company’s website or visiting a local agent’s office.”

The study also identifies the importance of proactive communication when making premium changes. Insurers’ avoidance to openly communicate premium increases to their customers only exacerbates the issue. Satisfaction among customers who were not notified of a premium increase is 70 points lower than among customers who were notified. Unexpectedly, lack of communication about a price decrease also has a negative effect on satisfaction, a decline of 55 points. Customers who say their insurer failed to communicate a rate action are significantly less likely to recommend their insurer, renew the insurance or continue to work with their current agent/broker.

“Although overall customer satisfaction is down, there are opportunities for insurers to turn things around quickly and redeem the situation,” Super said. “Communicating more frequently and leveraging digital channels to better engage with customers will ensure fast, streamlined issue resolution. These elements have the power to turn things around fast.”

Following are additional key findings from the 2018 study:

The Co-operators ranks highest in satisfaction in Alberta for a fifth consecutive year, with a score of 787. Alberta Motor Association ranks second (761). However, customers in Alberta have the lowest level of customer satisfaction among the four regions included in the study (754), down eight points from last year.

The Atlantic region is the only region to experience an increase in overall satisfaction from last year, up one point to 791. The Co-operatorsranks highest with a score of 823. Intact Insurance (804)ranks second.

Customer satisfaction in the Ontario region averages 775, down from 783 in 2017. The Personal ranks highest in satisfaction with 790 points. The Co-operators ranks second with 789.

The province of Quebec achieves the highest level of customer satisfaction with a score of 806, down seven points from 2017. The Personal ranks highest with a score of 826. Industrial Alliance (813)ranks second.

The Canadian Auto Insurance Satisfaction Study, now in its 11th year, measures customer satisfaction with primary auto insurers in Canada. Satisfaction is measured across five factors (in order of importance): non-claim interaction; price; policy offerings; billing and payment; and claims. Insurers are ranked in four regions (in alphabetical order): Alberta, Atlantic, Ontario and Quebec. The study is based on responses from 8,958 auto insurance policyholders. The study was fielded in January-March 2018. 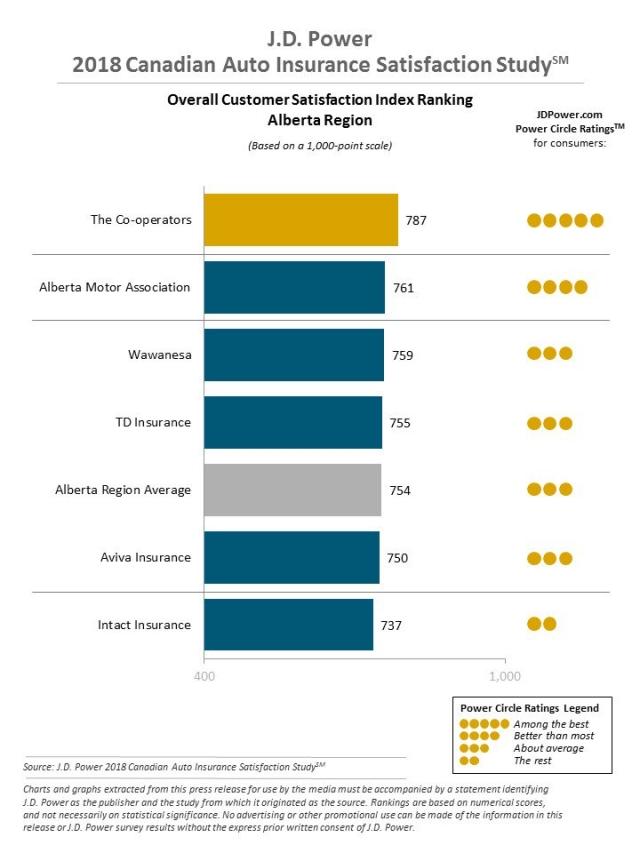 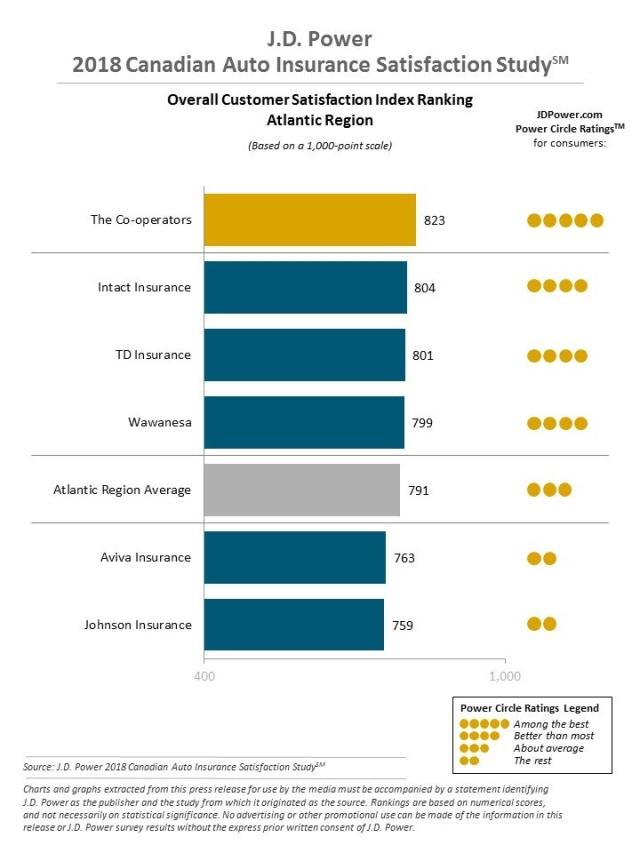 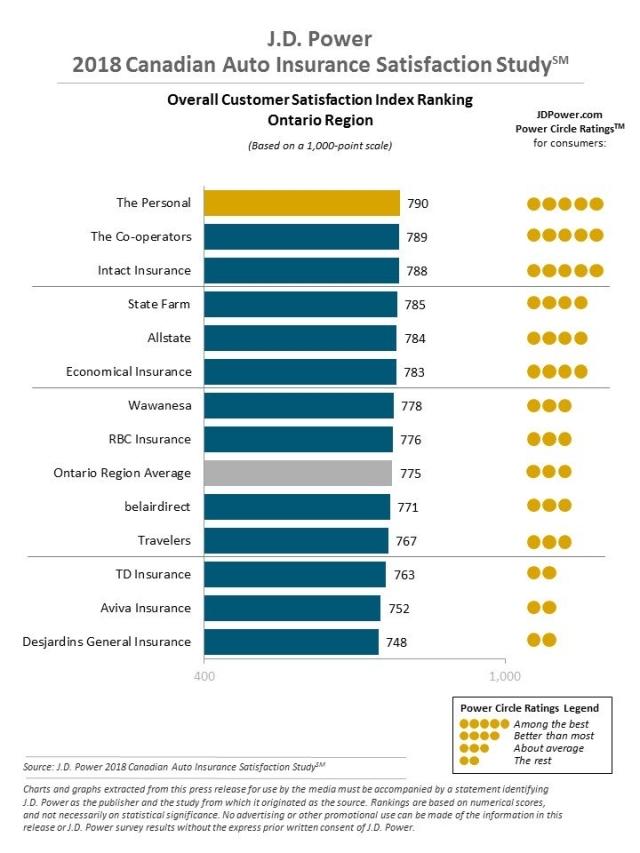 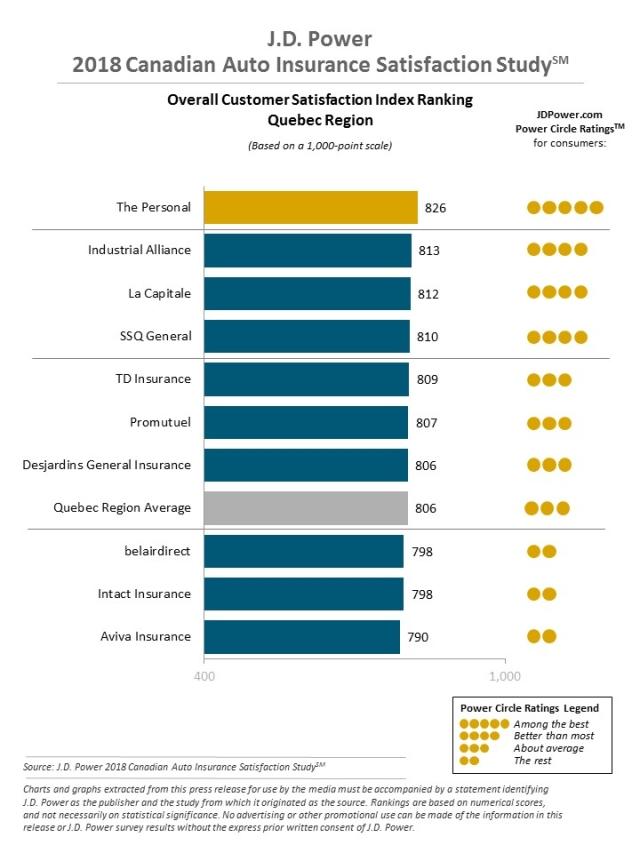