RBC Insurance, The Personal, BCAA and The Co-operators Rank Highest in Canadian Regions

TORONTO: 28 June 2018 — Homeowners in Canada are more satisfied with their insurance providers, although premiums have been on the rise, according to the J.D. Power 2018 Canada Home Insurance Study.SM Overall satisfaction has risen for the third consecutive year, now at 786 (on a 1,000-point scale).

Rising customer satisfaction can be attributed to step-change improvements in channel performance.  Higher levels of satisfaction are driven by the industry’s collective focus on improving the way customers interact with their brands, particularly local agent and online relationships.

“Insurers understand the important role channels play in shaping customer satisfaction,” said Tom Super, Director of the Insurance Practice at J.D. Power. “Within an environment that has experienced both premium increases and several large CAT events, an effective channel strategy can help mitigate the negative effects of those events if managed properly.”

On the issue of rate action, the study finds that homeowners’ satisfaction with price is driven more by perception rather than actual dollar value. Customers who pay above their regional median average premium and do not receive an insurer-initiated premium increase are more satisfied than those who pay below the regional median premium and receive an insurer-initiated premium increase (753 vs. 672, respectively). The upshot of this finding is that the negative perception of receiving a premium increase affects satisfaction levels more than the actual price homeowners are paying.

“Transparency is the best strategy when it comes to rate action,” Super added. “Insurers that do a better job of proactively communicating an increase to customers are more effective in retaining quality-driven insurance customers than those insurers that are less forthright.”

In the Atlantic/Ontario region, RBC Insurance ranks highest in overall satisfaction with a score of 814. The Co-operators (809) ranks second and Allstate (803) ranks third.

In the Quebec region, The Personal ranks highest with a score of 823, followed by La Capitale (818) and Intact Insurance (816).

In the Western region, BCAA and The Co-operators rank highest in a tie with a score of 799. TD Insurance (778) ranks third and Alberta Motor Association (776) ranks fourth.

The study is based on responses from 5,676 homeowner insurance customers across Canada and was fielded from March-May 2018. 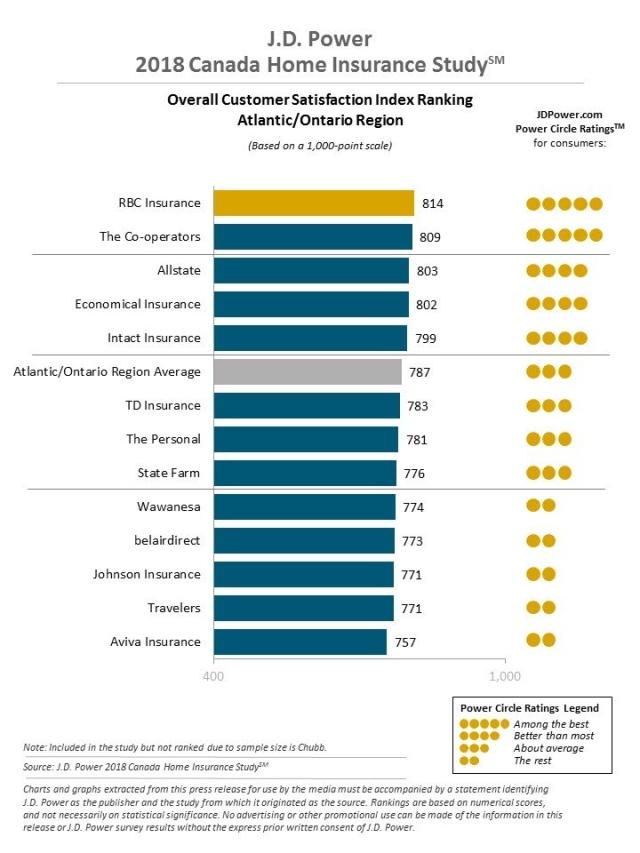 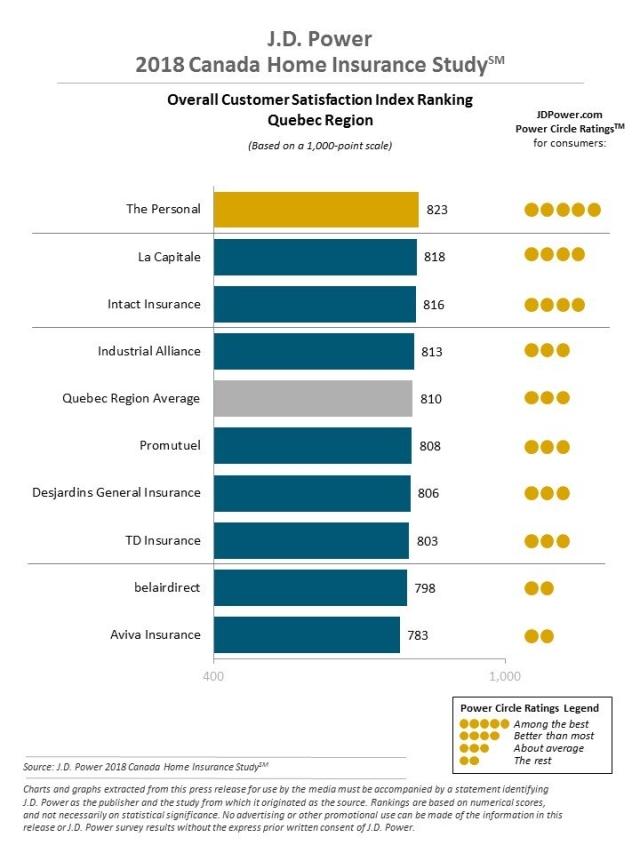 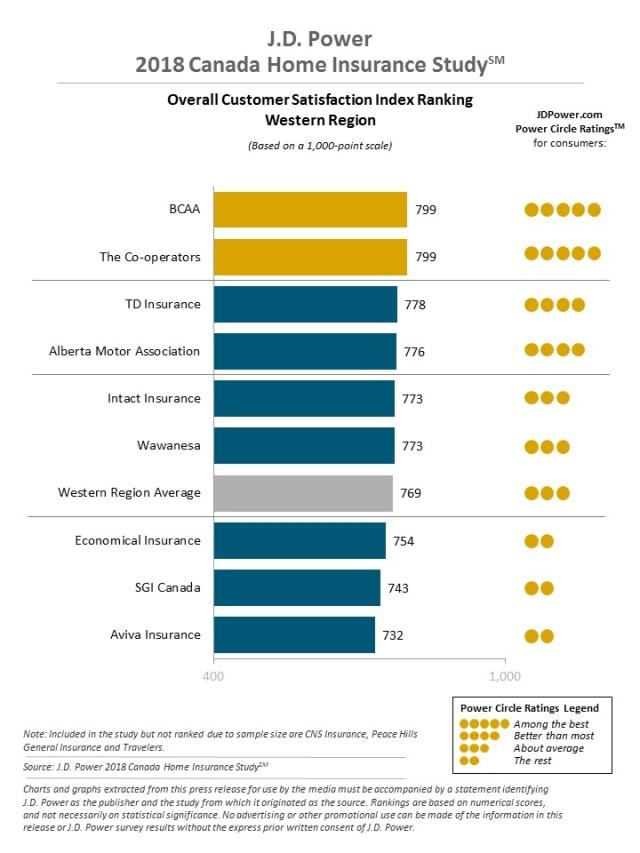