TORONTO: 26 May 2016 — Canadian wireless carriers are feeling the strain as more customers use data-heavy apps and features on the their phone stressing overall network quality performance, according to the J.D. Power 2016 Canadian Wireless Network Quality Study,SM released today.

Overall network problems have risen to 10 PP100 from 9 PP100 in the 2015 study, largely due to an increasing use of mobile apps and features, which is driving data problems upward by 1 PP100 to 15 PP100. However, the incidences of calling problems (13 PP100) and messaging problems (5 PP100) have remained stable.

In particular, usage incidences for most wireless phone features have increased from 2015, including those that use relatively large quantities of data such as video chatting (18% from 14% in 2015); share location (14% from 10%); and mobile payments (19% from 14%). Similarly, the incidence of customers who use apps on their smartphones has risen to 86% from 84% in 2015. For example, the usage of social networking apps during the previous seven day period has grown to 56% from 52%; Web browser use is up to 42% from 39%; and health and fitness app usage has increased to 18% from 15%.[1]

“The storage capacity and processing power of new devices provides consumers with an abundance of available apps prompting a rapidly rising consumption of data,” said Adrian Chung, director at J.D. Power. “This is placing a great deal of stress on network performance. Despite carrier infrastructure upgrades and claims of faster speeds, consumer perception is compromised when they experience disruptions and delays.”

Customers are also visiting more websites on their mobile phones than they did last year, with 11.1 sites, on average, visited during the previous 48 hours, compared with 10.1 visits in 2015. Among customers who visit a higher number of websites, there is a greater number of data problems experienced. For example, customers who visited from 5 to 9 websites in the previous 48 hours experience 13 data PP100, compared with 17 PP100 among those who visited 10 to 14 websites.

Following are some key findings of the 2016 study:

In Ontario, TELUS Mobility ranks highest in overall network quality (9 PP100), with its customers experiencing the lowest incidence of calling problems (11 PP100) in the region. 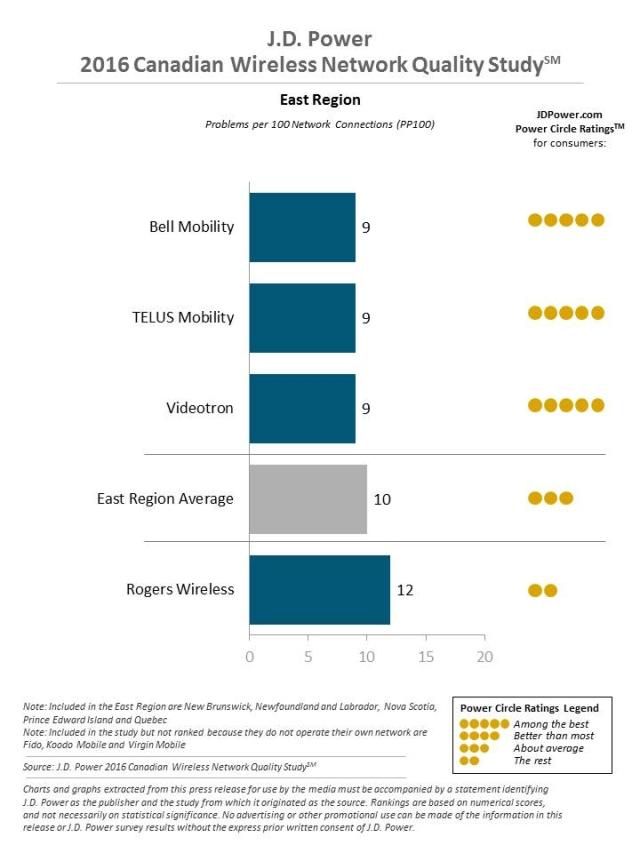 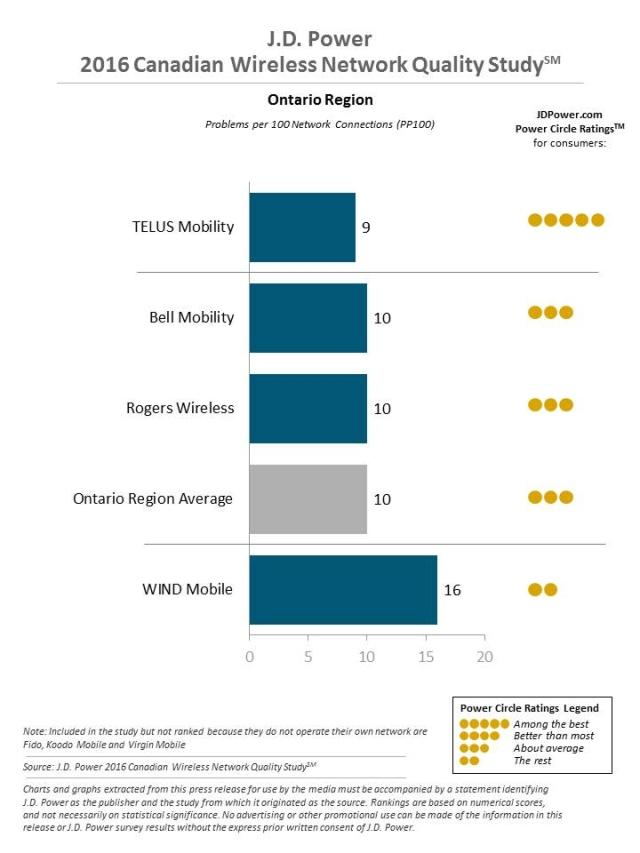 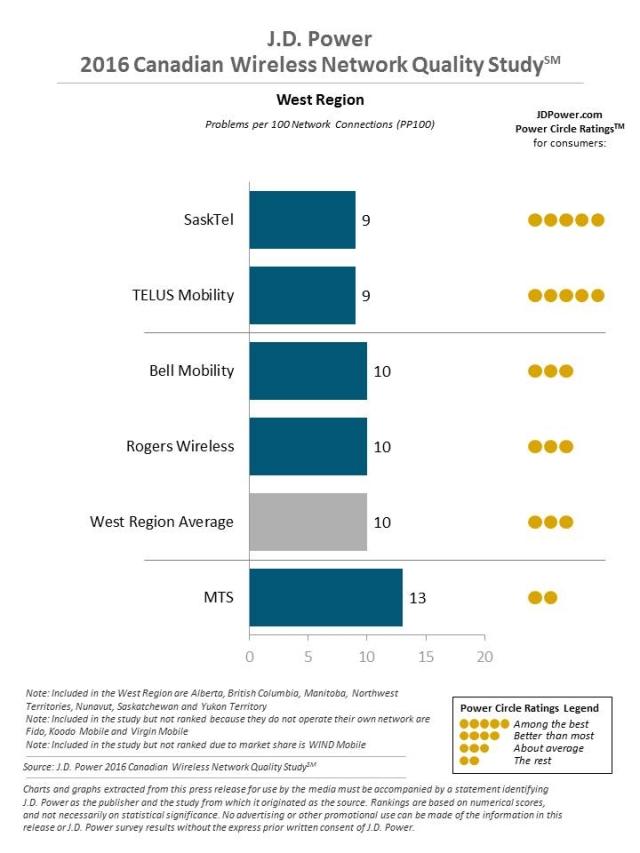 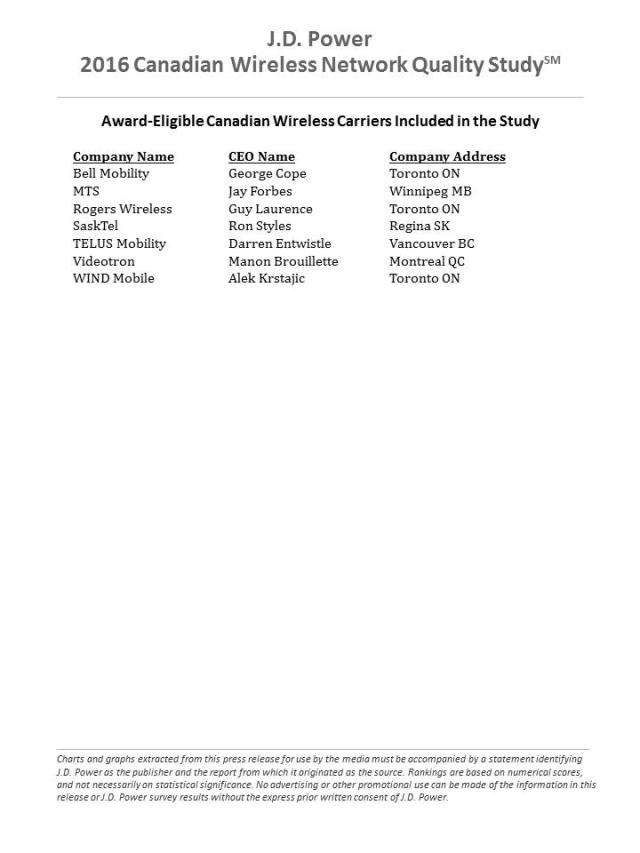