As wireless carriers face a maturing and potentially saturated market, customer service differentiation continues to be top of mind. According to the study, wireless customers are moving away from traditional phone contacts and instead adopting a self-service approach to resolving issues with their carrier by using online tools as their go-to method for contacting customer care. One-third (33%) of care contacts are conducted online (including carrier website and chat function), a sizeable increase from 28% in 2015. In terms of contact frequency, the online channel now surpasses each phone channel (ARS; ARS, then CSR; and CSR only).

The migration toward online channels is being driven by Millennials’ preference for self-service, which allows them to deal with issues whenever it’s convenient for them. Millennials, often digitally connected, are much more likely to have had a contact in a self-service-enabled channel than customers in the other generations. Four in ten (40%) Millennials contacted customer care online during the previous 6 months, compared with 29% of other customers. Millennials also show their preference for self-service by using the ARS only channel at a much higher rate than other customers (14% vs. 6%, respectively). Among Millennials who contact their carrier online, the incidence of those who use the chat feature has risen considerably from 2015 (51% vs. 45%, respectively) as has the rate of visiting a user forum (19% vs. 14%).

“Wireless carriers need to embrace the shift to online self-service across all customer segments to provide a gratifying experience that matches customer behaviours,” said Adrian Chung, director at J.D. Power.“While Millennials have initially led the migration, customers across all generational groups are also being exposed to self-service tools with companies outside of telecom to resolve customer service issues in a timely and efficient manner. The task for carriers is to create awareness, educate customers and communicate the benefits of using these digital channels.”

Millennials contact customer service with relatively high frequency. As they become a larger share of the customer base, customer service becomes an increasingly important aspect of the overall customer experience. In Canada, Millennials made an average of 4.9 customer care contacts during the previous 6 months, compared with 2.5 contacts made by Boomers (born 1946-1964). A similar finding is reported in the J.D. Power Millennials Insight Report: The Customer Experience PerspectiveSM   released in the United States earlier this year. Among U.S. wireless customers, Millennials are also frequent users, having made an average of 1.7 care contacts in a 3-month period, compared with 0.5 contacts made by Boomers.

Following are some additional findings of the 2016 study: 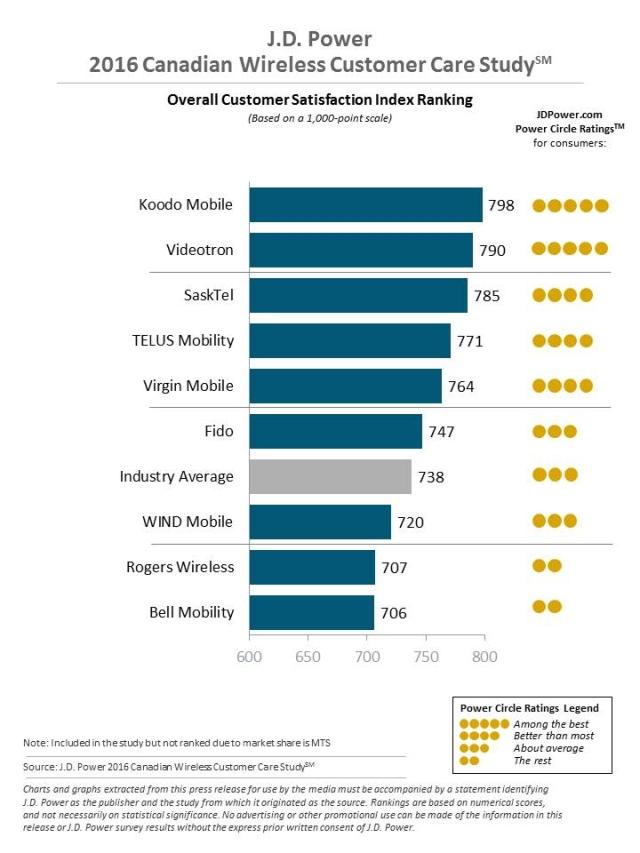 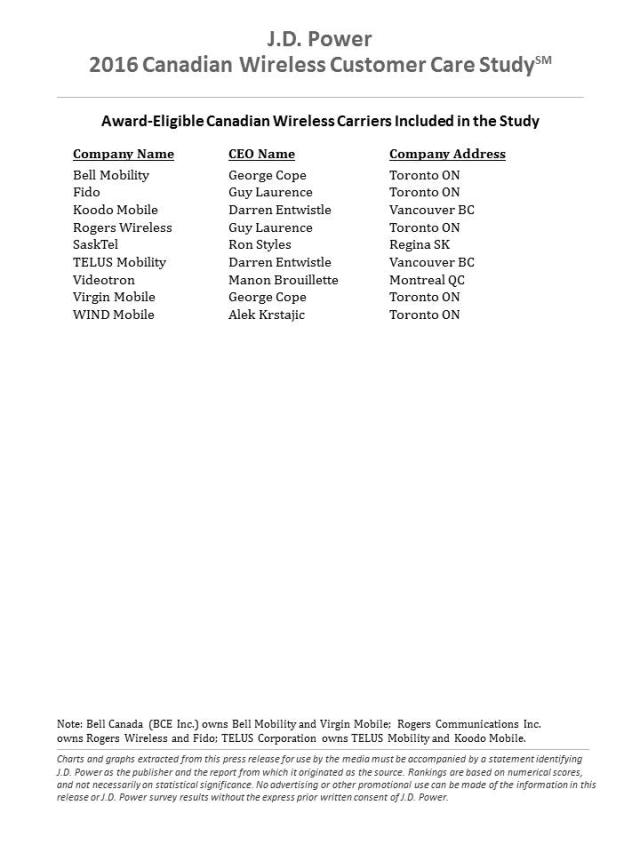