The study finds that satisfaction has improved despite ongoing changes in fees. For example, 25% of Big 5 Banks customers in 2016 say they’ve experienced a change in their fee structure and 16% indicate that new fees were introduced, both about the same percentages as in 2015.

“The improvements indicate that customers are becoming less sensitive to new pricing structures, which caused satisfaction to tumble in 2015,” said Paul McAdam, senior director of banking services at J.D. Power. “The banks are doing a better job communicating with their customers, who now are seeing the value they are getting in return for higher fees.”

The study finds that 34% of bank customers use mobile banking channels in 2016, up from 27% in 2015 and 20% in 2014. Overall satisfaction among customers who use and are satisfied with mobile banking is 836, compared with 760 among those who do not use the channel.

“Self-service makes banking more convenient for customers, with mobile technology being a key element of self-service,” said McAdam. “Despite the growing number of digital channel interactions, there is more that banks can do to drive customers to self-service channels for routine transactions, which make it easier for the customer and more cost-effective for the bank.”

Emphasizing that opportunity is the fact that 57% of Millennial2  customers still make deposits and 42% make cash withdraws in-person at a branch office.

Additional key findings of the study include:

Among Midsize Banks, Tangerine ranks highest in overall customer satisfaction for a fifth consecutive year, with a score of 840. Tangerine performs particularly well in product, personal service, self-service and communication. President’s Choice Financial ranks second with a score of 789.

The 2016 Canadian Retail Banking Satisfaction Study is based on responses from more than 13,000 customers who use a primary financial institution for personal banking. The study includes the largest financial institutions in Canada and was fielded from April through May 2016.

2. Millennials are defined as customers who are 22-34 years old. 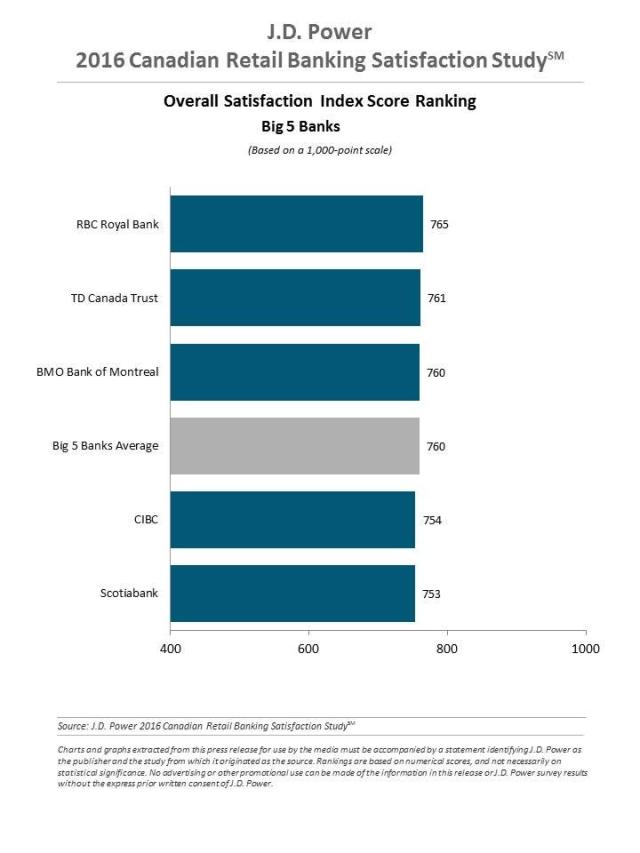 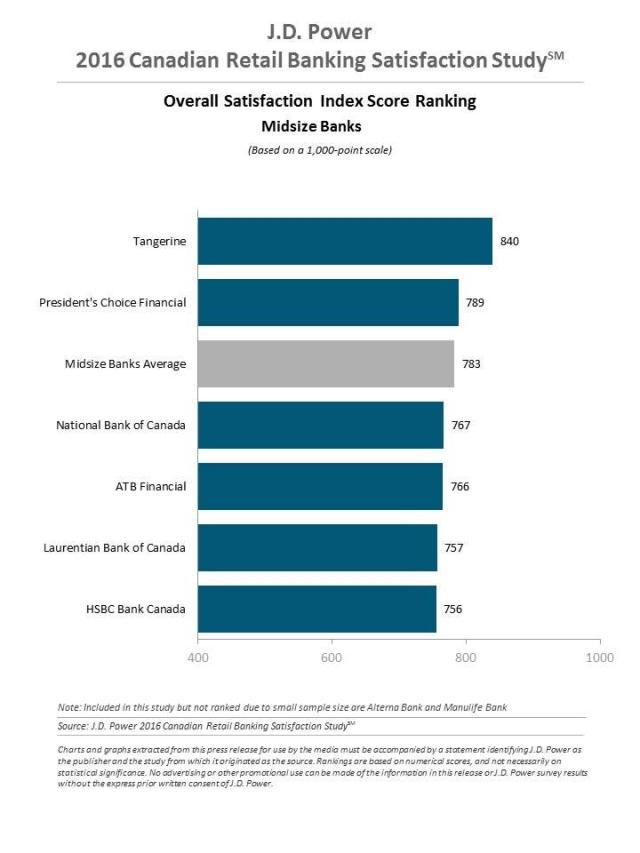