TORONTO: 11 June 2015 — Wireless customers have high expectations when it comes to calling, texting or Web browsing, and any impediments to connectivity directly impact their perceptions of network performance, according to the J.D. Power 2015 Canadian Wireless Network Quality StudySM released today.

Consumers are increasingly dependent on wireless connectivity for social and business needs. Problems, such as dropped calls, unsent text messages and the inability to connect to a website while using their wireless device—either inside or outside a building—have a significant negative impact on customer perceptions of their carrier’s network quality. On average, wireless customers experience the highest number of network quality problems with data (14 PP100), followed by calls (13 PP100) and messaging (5 PP100). The most frequently experienced problems with data are slow downloads (15 PP100) and Web connection errors (10 PP100).

“Whether updating social media, browsing the Internet, checking email or using the Starbucks app to buy coffee, wireless customers hold their carrier accountable to deliver a stable connection at a speed that will enable them to accomplish their desired task,” said Adrian Chung, account director at J.D. Power. “With the high penetration of smartphones, the focal point for measuring wireless network quality is data. A single PP100 network quality difference represents an impact to a customer’s connectivity, the ability to engage in daily activities and ultimately the level of satisfaction with their carrier.”

The 2015 Canadian Wireless Network Quality Study is based on responses from more than 13,000 wireless customers who had used their phone within the previous 48 hours. The study was fielded in October-November 2014 (Wave 1) and March 2015 (Wave 2). 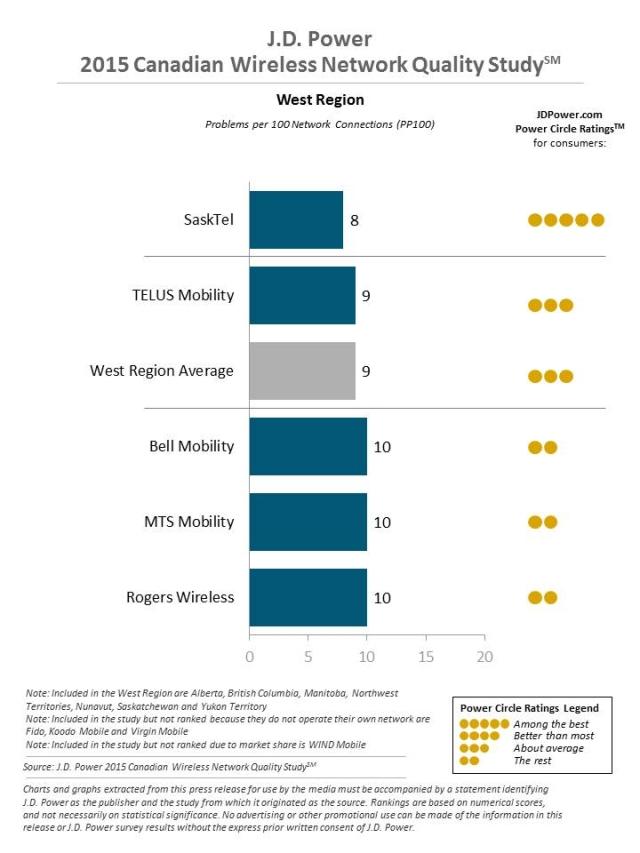 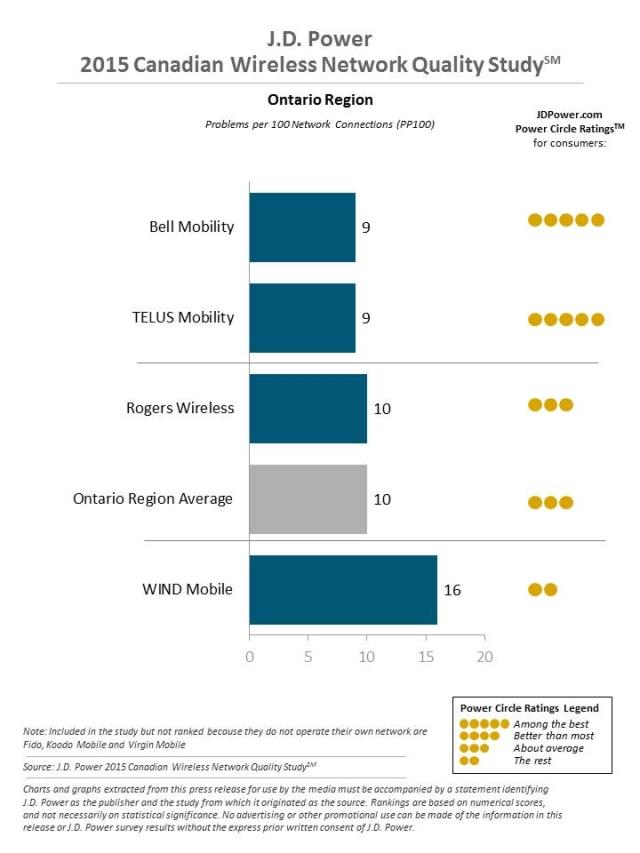 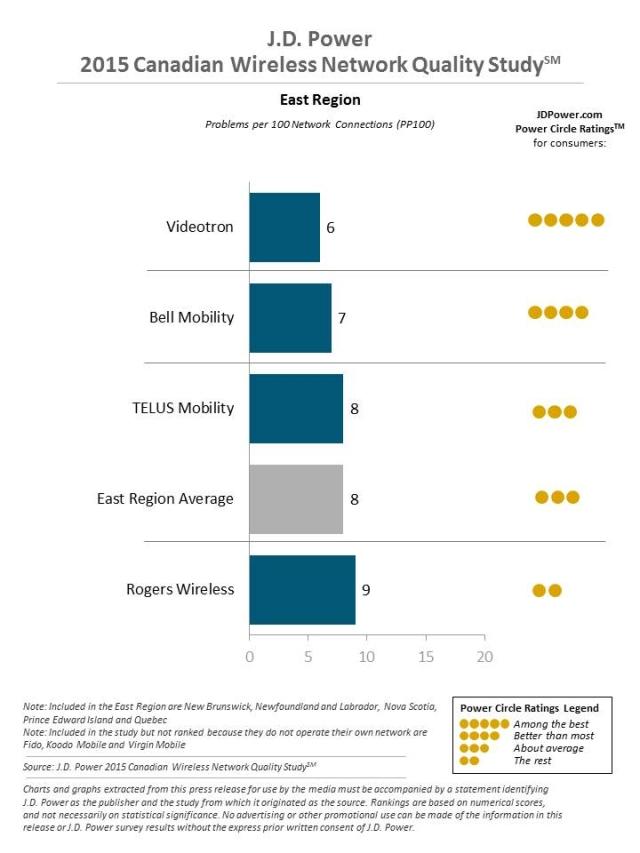