BCAA, The Co-operators and The Personal All Rank Highest In Home Insurance Satisfaction in Their Respective Region

TORONTO: 4 June 2015 — As Gen Y[1] customers are increasingly becoming first-time home owners and homeowners insurance buyers in Canada, not only are they more critical of their service interactions with their insurers, satisfaction among these customers is also declining at a faster rate than in any other generational group, according to the J.D. Power 2015 Canadian Home Insurance StudySM released today.

“Satisfying Gen Y customers with the service interaction experience is critical for insurers to remain competitive in the marketplace,” said Valerie Monet, director of the insurance practice at J.D. Power. “Insurers need to educate customers regarding the issues they most frequently contact their insurer about: policy coverage options; bill payment options; and what to do and expect in the event they have to file a claim."

Understanding the billing statement is one aspect of the interaction experience that Gen Y customers are struggling with more than other generations, with only 55 percent saying they “completely” understand their billing statement, compared with the industry average of 66 percent. Notably Gen Y experiences more billing errors than the other generations (15% vs. less than 10% for each of the other groups), leading them to turn to their agent or a call centre representative for help.

The Co-operators (789) ranks highest in the Atlantic/Ontario region, followed by State Farm (776) and RBC Insurance (773).

BCAA ranks highest in the Western region for a fourth consecutive year, with a score of 815. Following BCAA in the rankings are Portage Mutual Insurance (774) and Intact Insurance (763).

The 2015 Canadian Home Insurance Study is based on responses from 7,466 home insurance customers. The survey data was collected from March 2015 through April 2015. 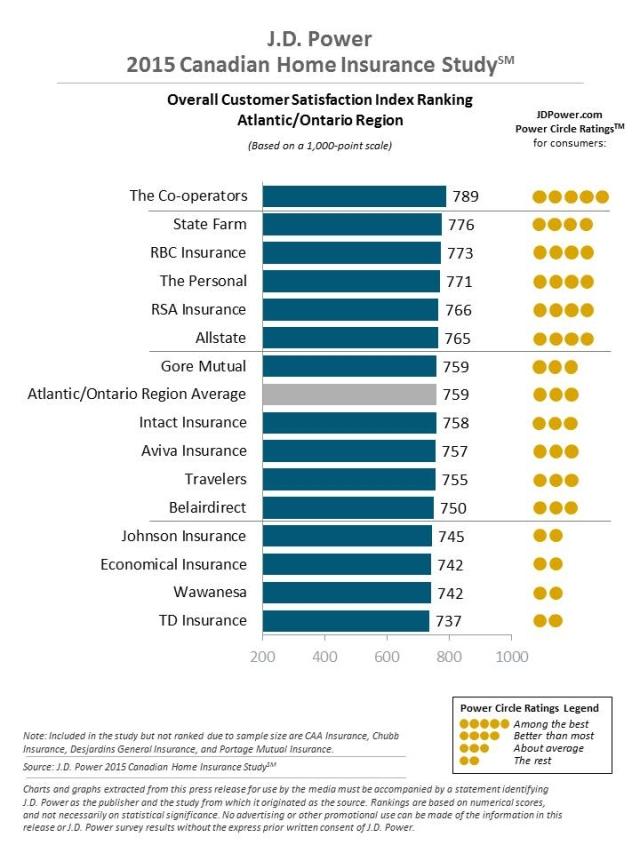 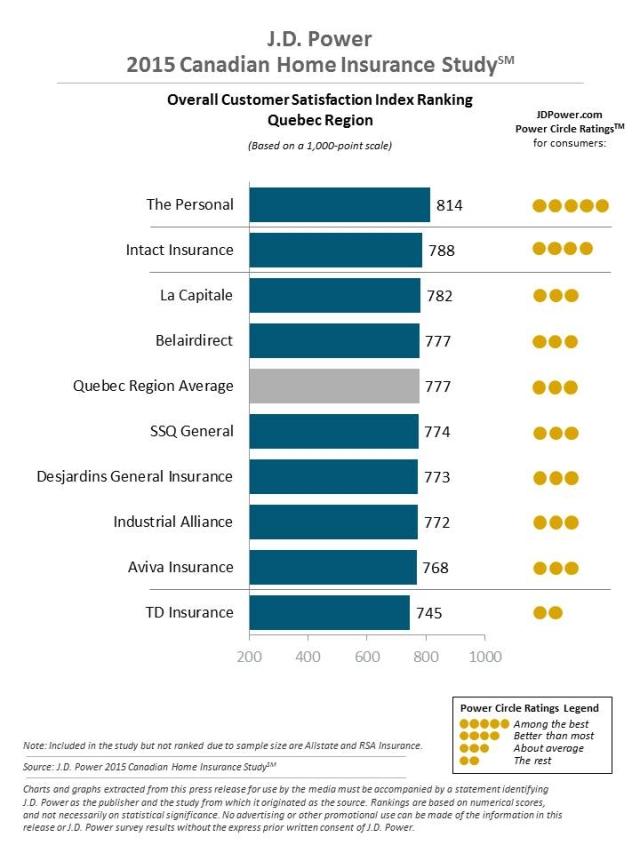 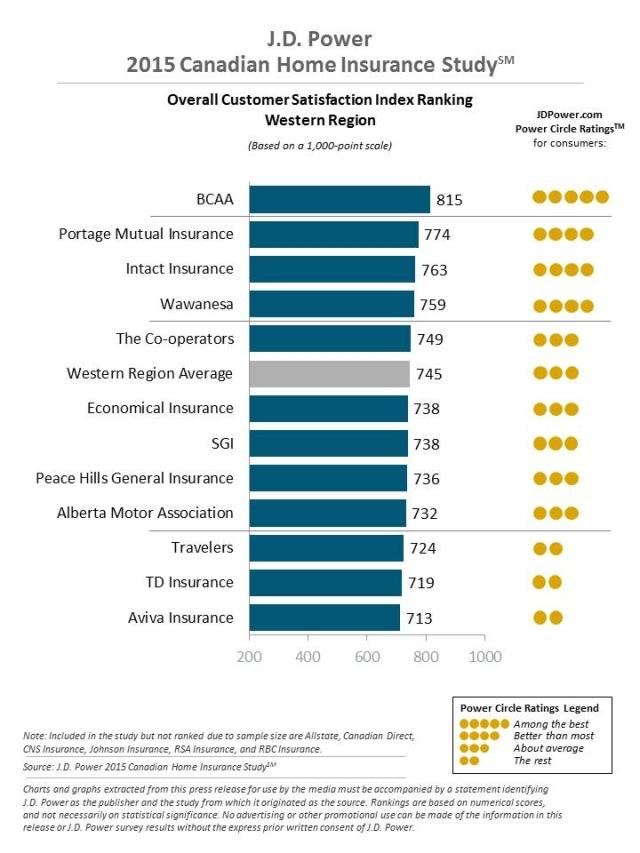