A year ago, the biggest challenge confronting North American airports was overcrowding. Today, they are comparatively empty. While the sharp decline in volume is a big problem for airport revenue, it has been a boon for traveler satisfaction. According to the J.D. Power 2020 North America Airport Satisfaction Study,SM released today, satisfaction with North American airports has risen sharply since the onset of the COVID-19 pandemic, reaching a record high of 784 (on a 1,000-point scale) as passengers breeze through security checkpoints, baggage claim and food and retail services.

“Over the Labor Day weekend, airport passenger volumes climbed to 40% of year-ago levels as travelers slowly started to trickle back onto airplanes,” said Michael Taylor, travel intelligence lead at J.D. Power. “Compared to the pre-COVID-19 environment when most airports were running significantly over capacity, the lack of crowds and long lines is actually creating a very convenient experience for travelers right now. Obviously, this lower passenger volume is not sustainable for most airports. Airport managers are doing all they can to provide a safe and clean environment to facilitate a rebound in travel.”

Following are some key findings of the 2020 study:

Now in its 15th year, the study is based on 26,058 completed surveys from U.S. or Canadian residents who traveled through at least one U.S. or Canadian airport and covers both departure and arrival experiences (including connecting airports) during the past 30 days. Travelers evaluated either a departing or arriving airport from their round-trip experience. The study was fielded from August 2019 through July 2020.

J.D. Power is a global leader in consumer insights, advisory services and data and analytics. A pioneer in the use of big data, artificial intelligence (AI) and algorithmic modeling capabilities to understand consumer behavior, J.D. Power has been delivering incisive industry intelligence on customer interactions with brands and products for more than 50 years. The world's leading businesses across major industries rely on J.D. Power to guide their customer-facing strategies.

J.D. Power is headquartered in Troy, Mich., and has offices in North America, Europe and Asia Pacific. To learn more about the company’s business offerings, visit JDPower.com/business. The J.D. Power auto shopping tool can be found at JDPower.com. 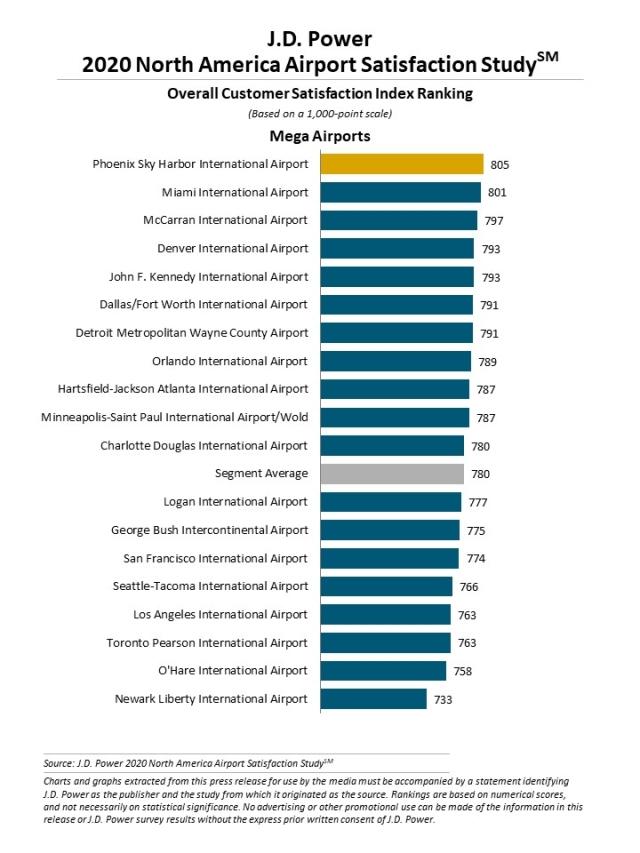 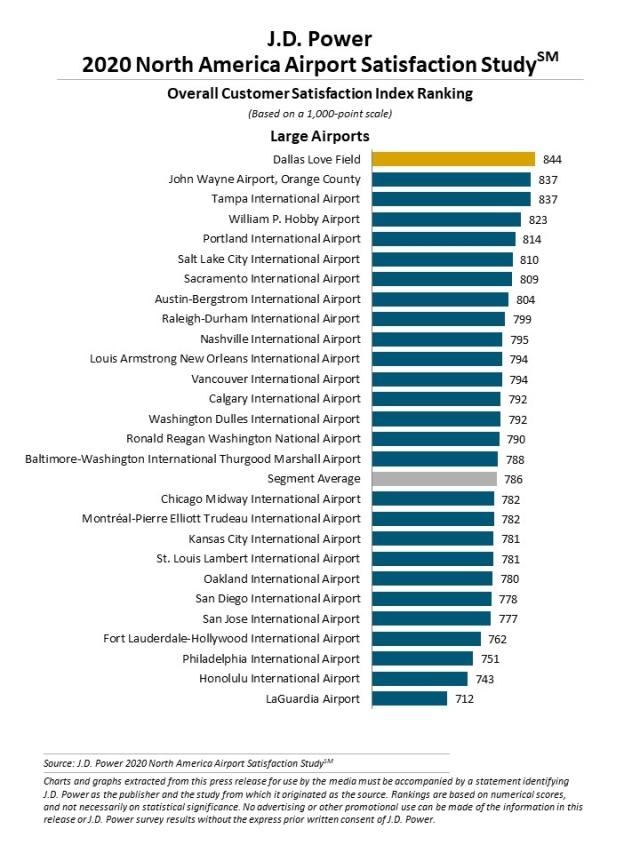 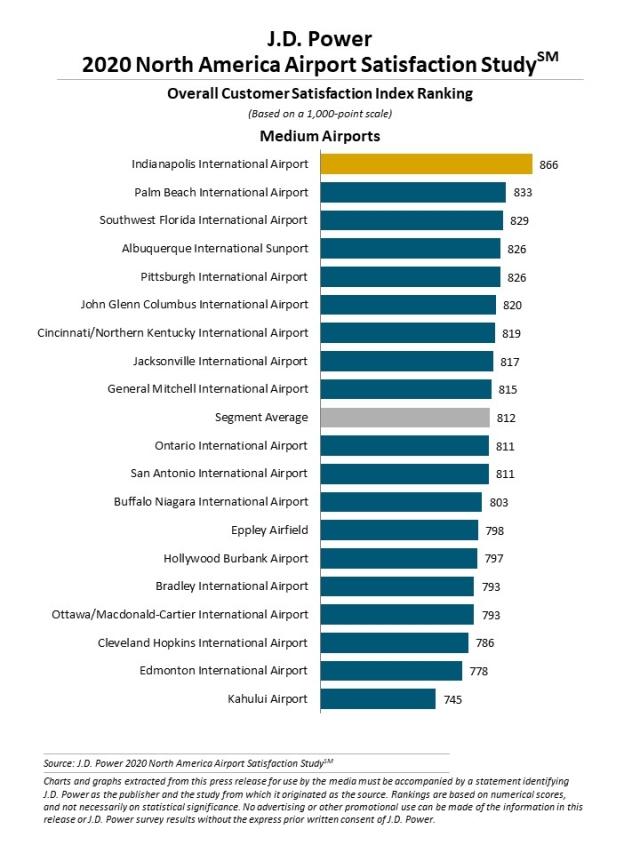