Canada’s wireless networks are performing this year at a level similar to 2019 regarding the average number of issues cited by customers, and the level remains unchanged year over year at 9 problems per 100 connections (PP100), according to the J.D. Power 2020 Canada Wireless Network Quality Study,SM released today. However, carriers should not rest on their laurels, as network quality is the top reason cited by long-term clients when switching to a new provider.

“In our current state of self-isolation, telecommuting and an exponential rise in the use of streaming service —from video conferencing to movies—are stretching network infrastructures to unprecedented levels,” said Adrian Chung, director of the technology, media & telecom practice at J.D. Power Canada. “Many consumers are able to take advantage of home Wi-Fi for now but the demand for reliable wireless connectivity will continue in the future and carriers should be mindful of network performance being a key contributor to strengthening customer loyalty and defining value.”

The importance of network quality on client churn is also evident by the 21% of customers who indicate they would be less inclined to switch providers if network quality improves. This is a key factor in customer satisfaction—trumped only by loyalty discounts—and should bode well for carriers that plan 5G rollouts.

Following are additional key findings of the 2020 study:

In the East region, TELUS Mobility ranks highest in network quality with a score of 6 PP100. Rogers Wireless and Videotron rank second in a tie, each with 8 PP100. The East Region consists of the provinces of New Brunswick; Newfoundland and Labrador; Nova Scotia; Prince Edward Island; and Quebec.

In Ontario, Rogers Wireless and TELUS Mobility rank highest in a tie, each with 8 PP100.

In the West Region, Rogers Wireless ranks highest with a score of 9 PP100. Bell Mobility, SaskTel and TELUS Mobility rank second in a tie, each with 10 PP100. The West Region consists of the provinces of Alberta; British Columbia; Manitoba; Northwest Territories; Nunavut; Saskatchewan; and Yukon Territory. 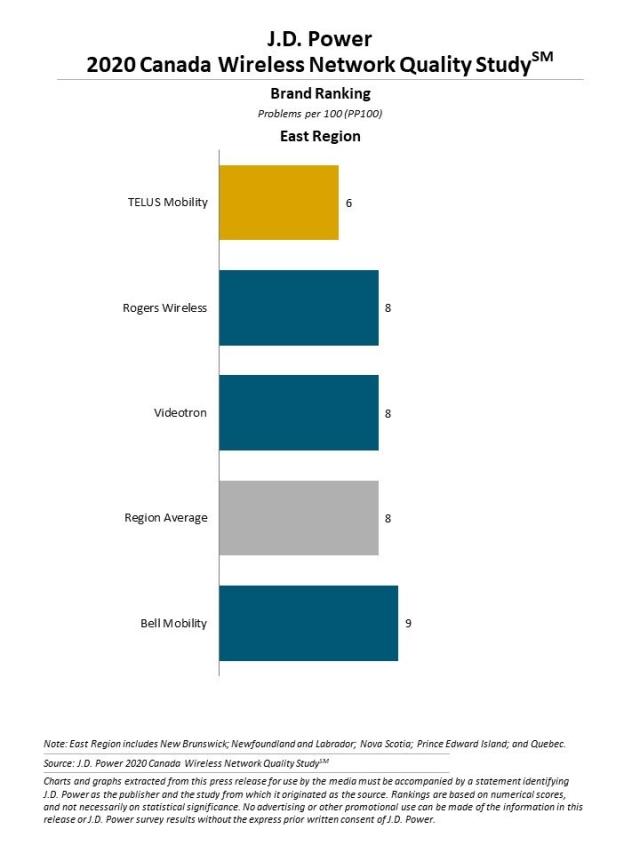 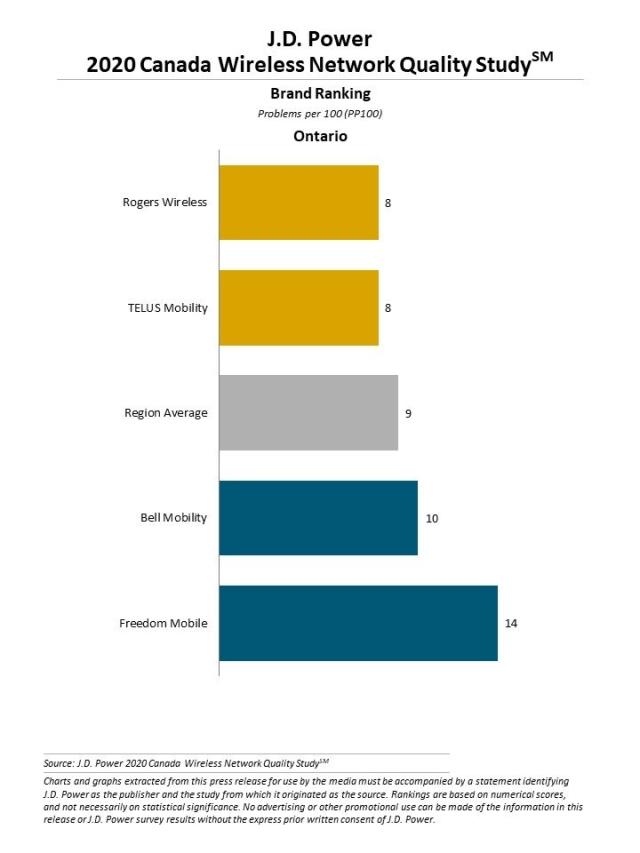 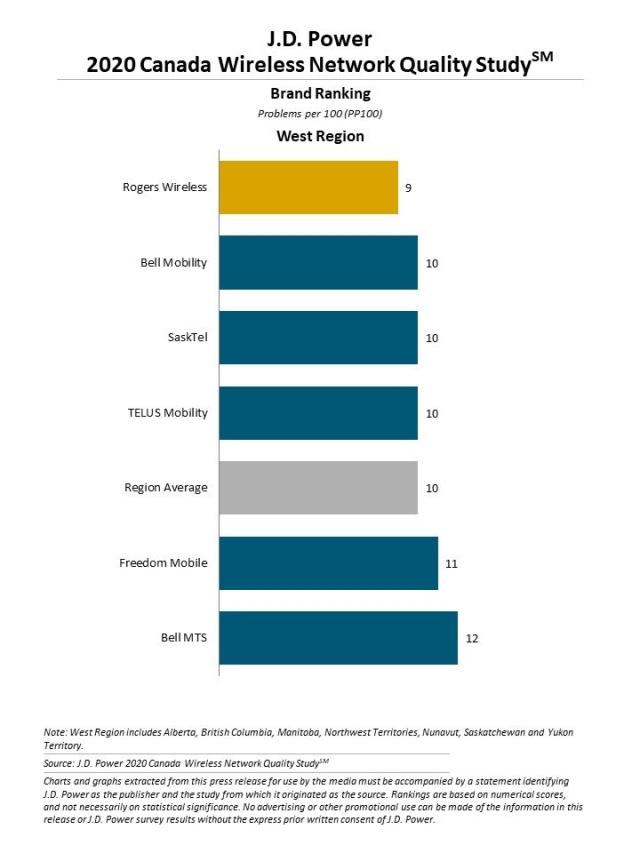