Although the overall performance of Canada’s wireless networks remains flat year over year with an average of 9 PP100 (problems per 100 connections), a significant portion of customers say performance was not up to par, according to the J.D. Power 2021 Canada Wireless Network Quality Study,SM released today. Only 67% of wireless customers agree that their carrier’s network is reliable when streaming music and videos, activities that account for a significant amount of time used on devices. In addition, just 7% of customers say network speeds are faster than expected.

“Despite massive investments in infrastructure and technology, customers remain relatively unimpressed by their carriers’ wireless networks,” said Adrian Chung, director of the technology, media & telecom practice at J.D. Power Canada. “Customers perceive the quality and performance of the wireless networks mainly as fair and meeting expectations. More specifically, network strength is associated with traditional functionality like calling and texting rather than browsing and streaming, presenting a clear reliability gap that carriers need to bridge.”

This reliability gap should serve as a red flag for carriers, especially because browsing and streaming account for nearly half (49%) of the time that customers say they spend on their mobile phones.

Following are additional key findings of the 2021 study:

Bell Mobility and TELUS Mobility rank highest in a tie for wireless network quality in Ontario with 8 PP100 each.

In the East region, Videotron ranks highest with 5 PP100. Rogers Wireless and TELUS Mobility rank second in a tie, each with 6 PP100. The East Region consists of the provinces of New Brunswick, Newfoundland and Labrador, Nova Scotia, Prince Edward Island and Quebec.

J.D. Power is headquartered in Troy, Mich., and has offices in North America, Europe and Asia Pacific. To learn more about the company’s business offerings, visit JDPower.com/business. 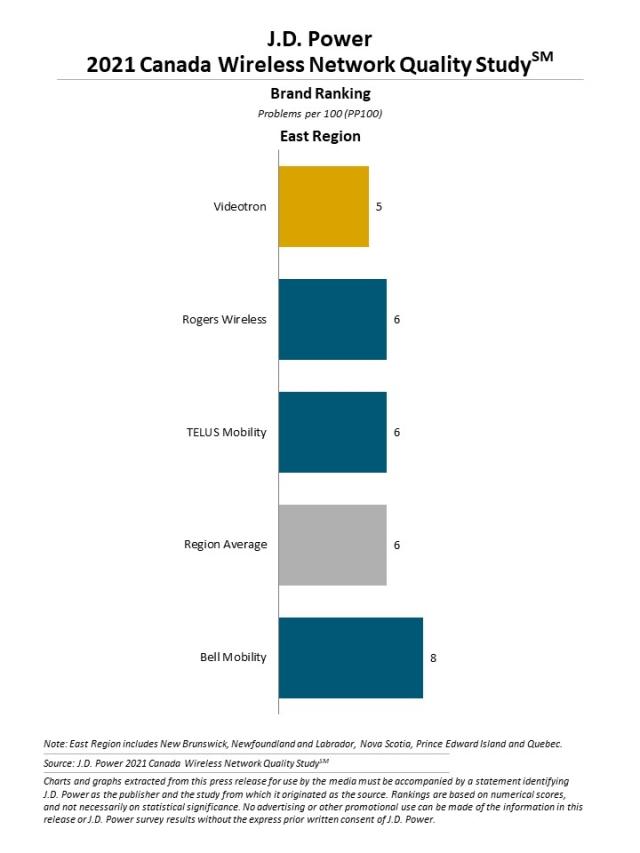 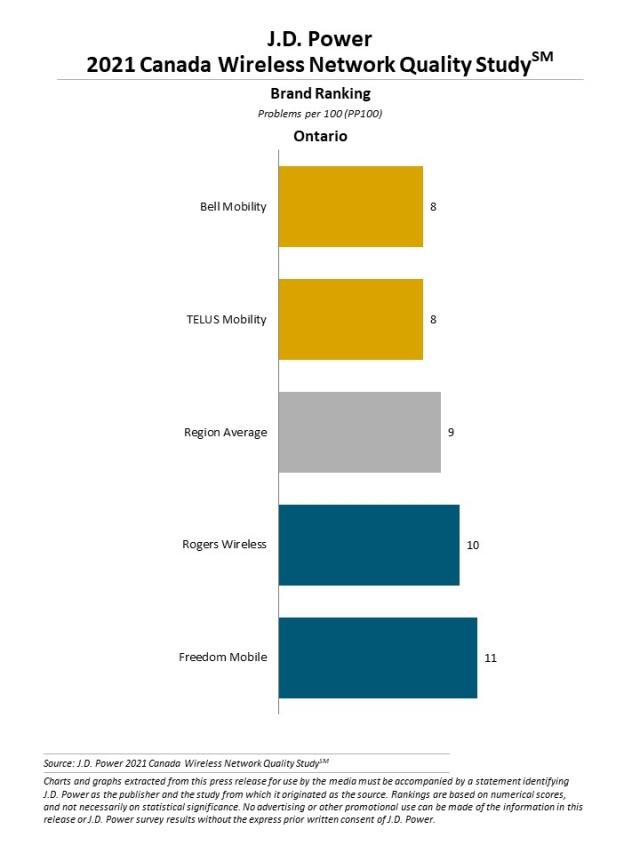 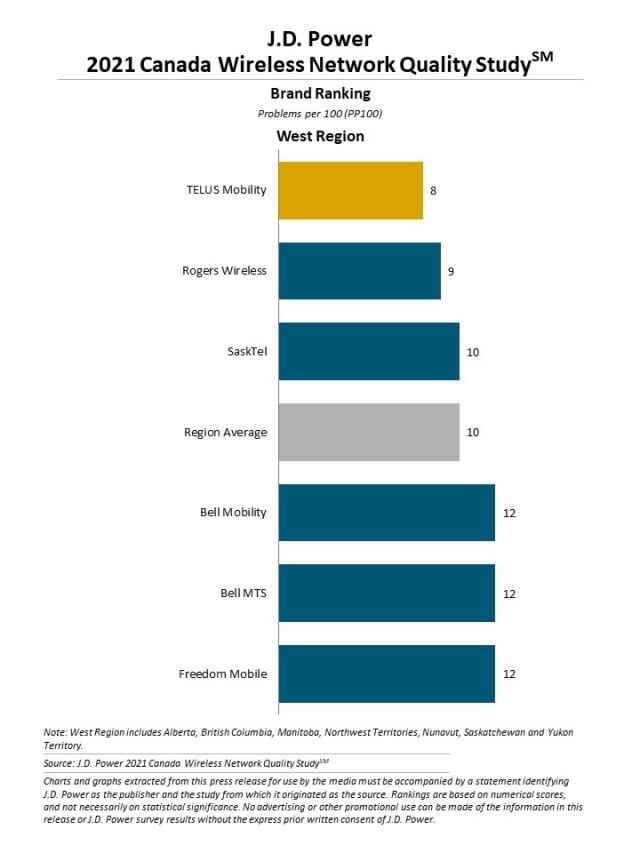