Alarmingly, while overall mobile banking usage increases this year to 63% from 55% a year ago, customer satisfaction with banks’ mobile offerings has declined significantly year over year to 828 from 832. The decline in mobile banking satisfaction occurs across all age and income groups, with the sharpest drops among Gen X1 customers (-10 points) and affluent customers (-10).

“Canadian banks have seen, for the most part, significant improvements in customer satisfaction related to products and fees, reasonableness of fees and problem resolution,” said John Cabell, director of banking and payments intelligence at J.D. Power. “At the same time, the massive investments made by banks in mobile offerings have yet to show dividends in terms of elevating customer satisfaction. As many more customers must now reluctantly rely heavily on remote access to banking services due to COVID-19, rapid improvements in online and mobile are critical for Canadian banks to grow their retail business.”

The study also shows that customers’ financial outlooks correlate not only with satisfaction with their bank but also with the likelihood they will choose the bank for their next financial service need. Overall satisfaction among customers who have a positive personal outlook about their financial situation averages 867, while overall satisfaction among those who have a negative or neutral financial outlook averages 758. Furthermore, 78% of customers with a positive outlook say they plan to use their current bank the next time they need an account or financial product, compared with only 54% of customers with a negative or neutral outlook. With mounting concern regarding further economic hardship, this trend highlights a valuable opportunity for banks to better address the needs of increasingly anxious customers.

Following are additional key findings of the 2020 study:

The Canada Retail Banking Satisfaction Study, now in its 15th year, measures customer satisfaction with Canada’s large and midsize banks. The scores reflect satisfaction among the entire retail banking customer pool of these banks, representing a broader group of customers than solely the branch-dependent and digital-centric segments. 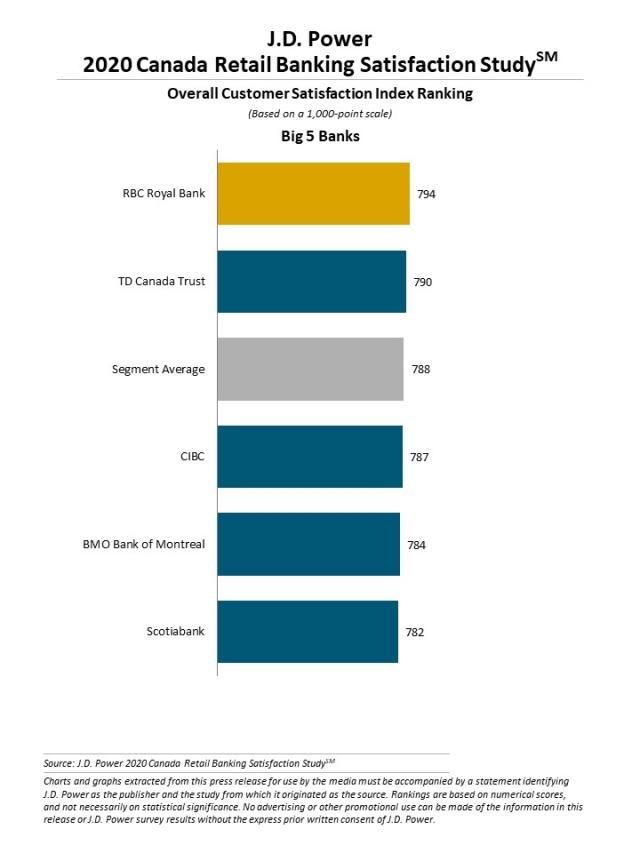 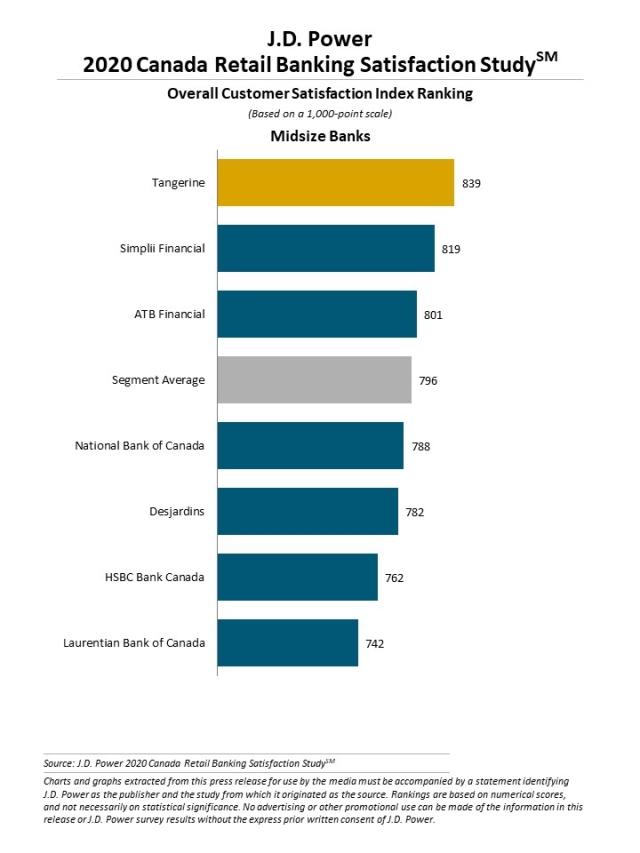