"Small businesses are very sensitive to bank fees. Not only are they the primary driver of problems, but bank fees are also the most commonly cited reason for why small businesses decide to switch banks," said Jim Miller, senior director of banking at J.D. Power. "Assigning an account manager who understands their customers' business and works to resolve their problems may help minimize the impact of fee changes, as well as increase both satisfaction and key business metrics, such as advocacy, loyalty and customer retention."

Scotiabank ranks highest in overall satisfaction for a second consecutive year (727 on a 1,000-point scale), followed by BMO Bank of Montreal (725) and TD Canada Trust (724). 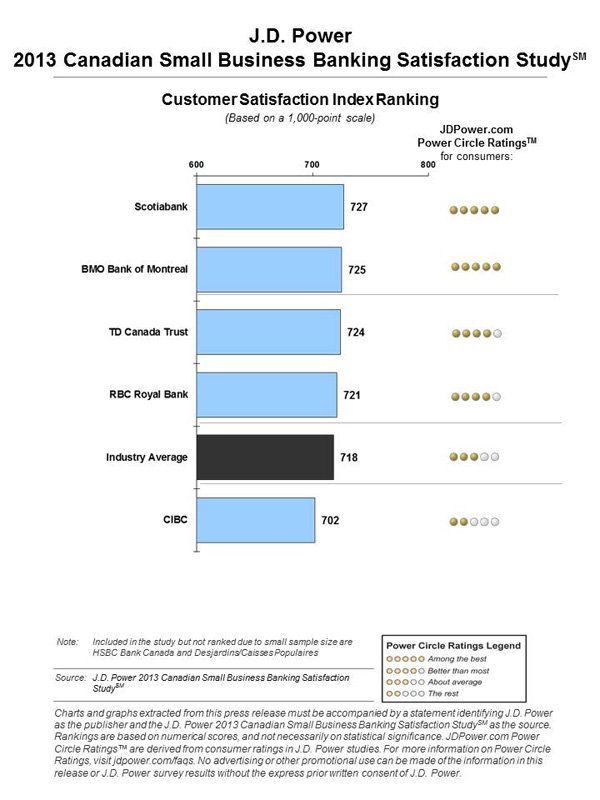