TORONTO: 9 May 2019 — The heavy investments by wireless carriers in Canada related to infrastructure enhancements are improving customer satisfaction with network quality, according to the J.D. Power 2019 Canada Wireless Network Quality Study,SM released today. Overall, wireless network issues, measured by problems per 100 connections (PP100), have dropped to 9 PP100 from 11 PP100 in 2017.

While improved satisfaction in network quality is seen across all markets in Canada, the positive news comes with a caveat. According to the study, Gen Y1and Gen Z customers, the heaviest users of mobile data, are experiencing a significantly higher rate of connectivity problems than customers in other age groups. Gen Y and Gen Z customers are the most prolific users of plans over 5GB (46% and 48%, respectively), and cite a high level of web issues (14 PP100 for Gen Y and 19 PP100 for Gen Z). This is higher than the number of issues cited by Boomers (8 PP100) and Pre-Boomers (5 PP100).

“Wireless network quality is an important brand promise,” said Adrian Chung, Director of the Technology, Media & Telecom Practice at J.D. Power in Canada. “When customers experience connectivity issues, it negatively affects their perception of reliability and erodes trust. While younger customers tend to be more price sensitive, they are heavier users of data. Wireless carriers that want to reduce potential churn should focus on understanding the data problems experienced and better align plans to meet the data needs and expectations of these customers.”

According to the study, Gen Y and Gen Z customers rate wireless provider reliability lower (5.7 points on a 1-7 scale), compared with Gen X (5.8), Boomers (6.1) and Pre-Boomers (6.2). Additionally, 40% of Gen Z customers cite price as the main reason for ending their relationship with a carrier.

Following are some key findings of the 2019 study:

In the East region, TELUS Mobility ranks highest in network quality with 7 PP100. The East region consists of the provinces of New Brunswick, Newfoundland and Labrador, Nova Scotia, Prince Edward Island and Quebec. Bell Mobility and Videotron rank second in a tie with 8 PP100.

TELUS Mobility ranks highest in the West region with a score of 8 PP100. The West region consists of the provinces of Alberta, British Columbia, Manitoba, Northwest Territories, Nunavut, Saskatchewan and Yukon Territory. Bell Mobility, Bell MTS and SaskTel rank second in a tie with 9 PP100 each. 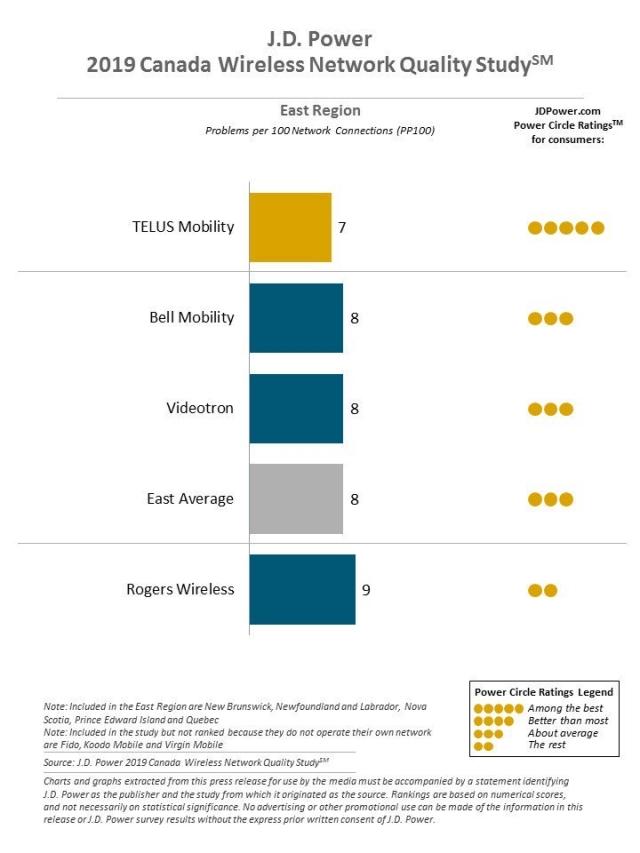 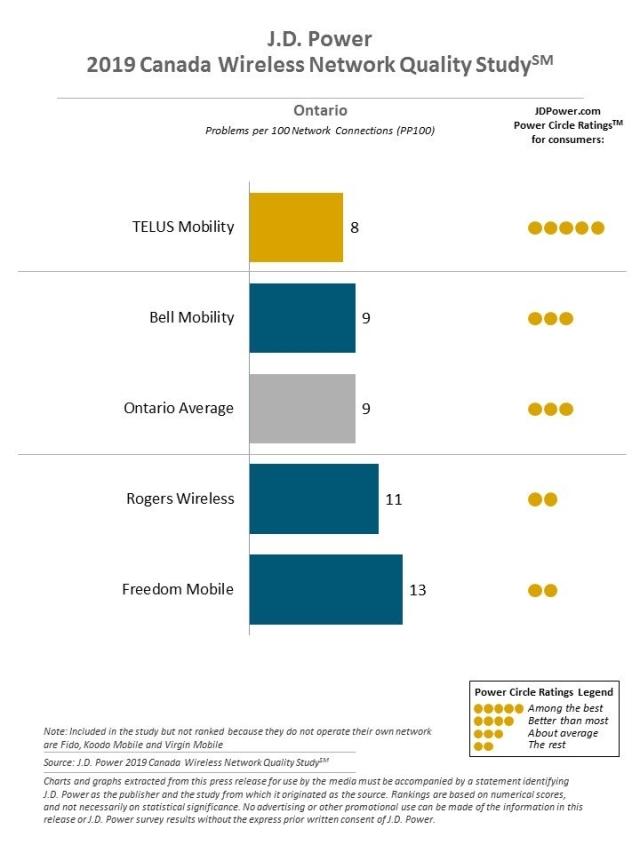 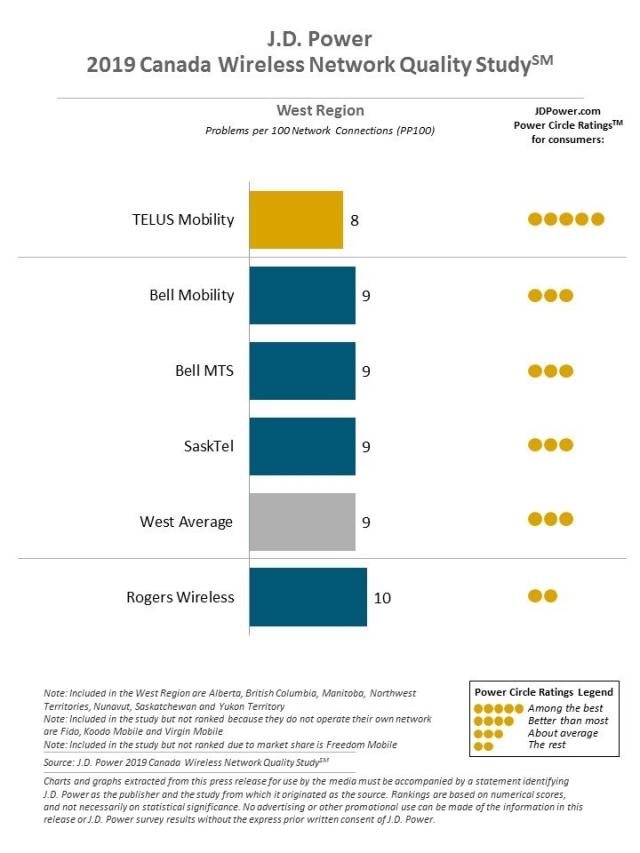