TORONTO: 14 Feb. 2019 — Fueled by a rising frequency and severity of insurance claims and repair costs, vehicle owners in Canada are seeing auto insurance premiums soar and, as a result, customer satisfaction levels are suffering, according to the J.D. Power 2019 Canada Auto Insurance Satisfaction Study,SM released today.

To offset rising costs, auto insurers have been pushing premiums upward to where the national average premium has risen $298. Insureds in Alberta have seen the highest spike in auto insurance costs ($326), followed by those in Ontario ($311), Atlantic ($286) and Quebec ($213).

“With such a dramatic increase in premiums, price sensitivity becomes an issue to which insurers should be very mindful,” said Tom Super, Director of the Insurance Practice at J.D. Power. “While we have seen pockets of claims frequency begin to stabilize, carriers continue to face profitability challenges in the auto sector, especially for those carriers that lagged the market on rate action.”

“There are multiple ways to help customers realize the value of their policy,” Super added. “Providing easy access to policy information via digital channels and having at least one annual touch point to review customers’ changing needs can go a long way in increasing satisfaction and loyalty.”

Nearly two-thirds (62%) of customers who can access their policy online and were contacted by their insurer during the past year intend to keep their business with their current insurer and recommend it to others. In stark contrast, fewer than half (45%) of customers who neither had personal contact nor access to their policy plan to continue with the same insurer and are not likely to recommend it.

In the Atlantic region, The Co-operators ranks highest with a score of 820 and is followed by Intact Insurance (799).

The Co-operators ranks highest in the Ontario region with 809 points. The Personal ranks second with 798.

The Canada Auto Insurance Satisfaction Study, now in its 12th year, measures customer satisfaction with primary auto insurers in Canada. Satisfaction is measured across five factors (in order of importance): product/policy offerings; price, billing and payment; interaction (non-claims); and claims. Insurers are ranked in four regions (in alphabetical order): Alberta, Atlantic, Ontario and Quebec. The study is based on responses from 8,688 auto insurance policyholders. The study was fielded From October to December 2018. 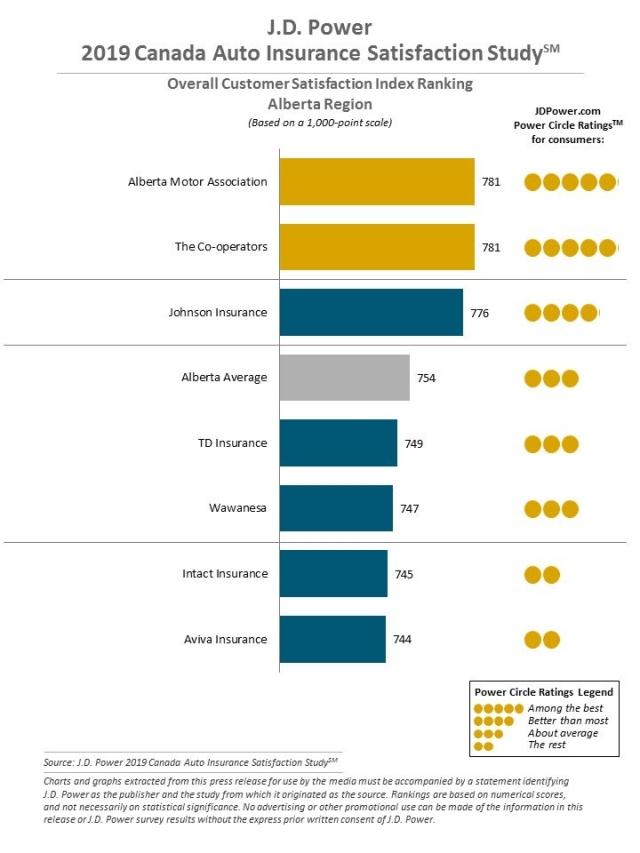 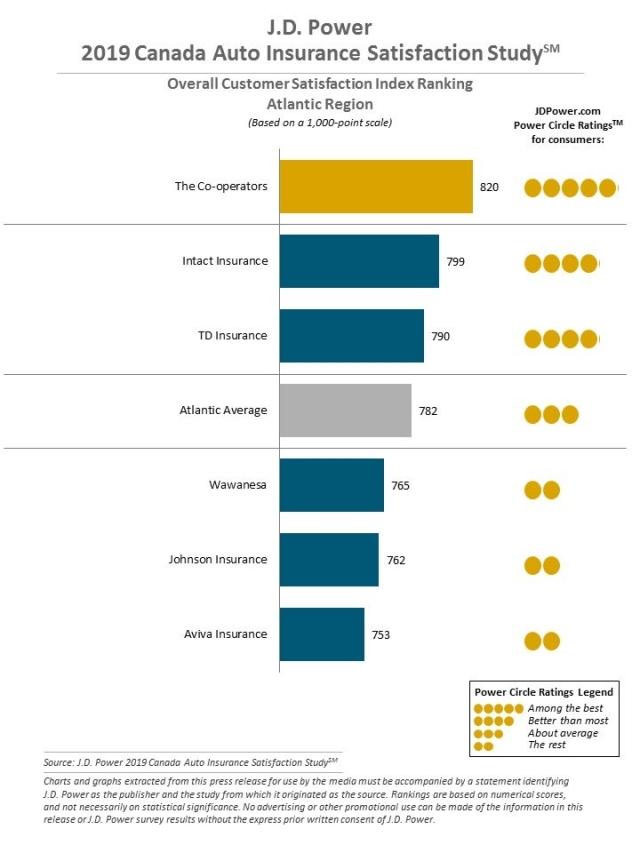 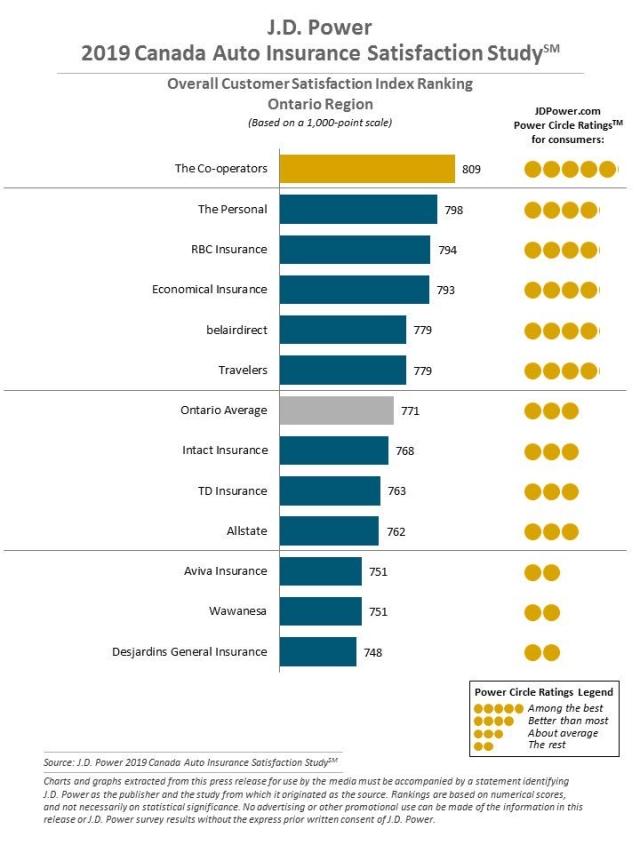 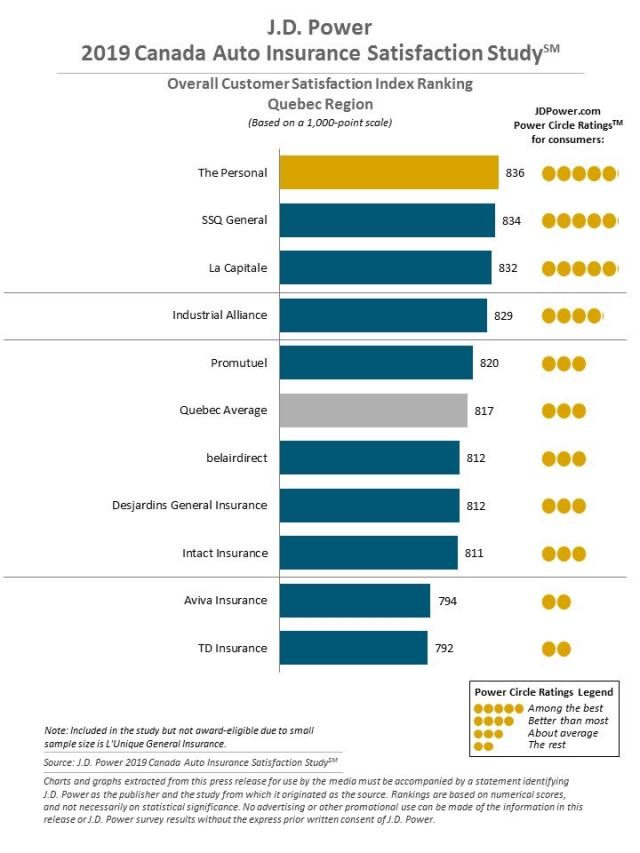