Air traveler satisfaction with North American airports reached an all-time high in 2021 when passenger volumes were still just a fraction of the historical norm. Now, as global passenger volume ticks back up to 91% of pre-pandemic levels[1] and labor shortages have caused a record number of flight cancellations,[2] those sky-high satisfaction scores have once again fallen down to Earth. According to the J.D. Power 2022 North America Airport Satisfaction Study,SM released today, overall satisfaction is down 25 points (on a 1,000-point scale) this year as travelers encounter fewer flights, more crowded terminals and sparse food and beverage offerings.

“The combination of pent-up demand for air travel, the nationwide labor shortage and steadily rising prices on everything from jet fuel to a bottle of water have created a scenario in which airports are extremely crowded and passengers are increasingly frustrated—and it is likely to continue through 2023,” said Michael Taylor, travel intelligence lead at J.D. Power. “In some ways, this is a return to normal as larger crowds at airports tend to make travelers more frazzled, but in cases where parking lots are over capacity, gates are standing room only and restaurants and bars are not even open to offer some reprieve, it is clear that increased capacity in airports can’t come soon enough.”

Following are some key findings of the 2022 study:

Now in its 17th year, the study is based on 26,529 completed surveys from U.S. or Canadian residents who traveled through at least one U.S. or Canadian airport and covers both departure and arrival experiences (including connecting airports) during the past 30 days. Travelers evaluated either a departing or arriving airport from their round-trip experience. The study was fielded from August 2021 through July 2022. 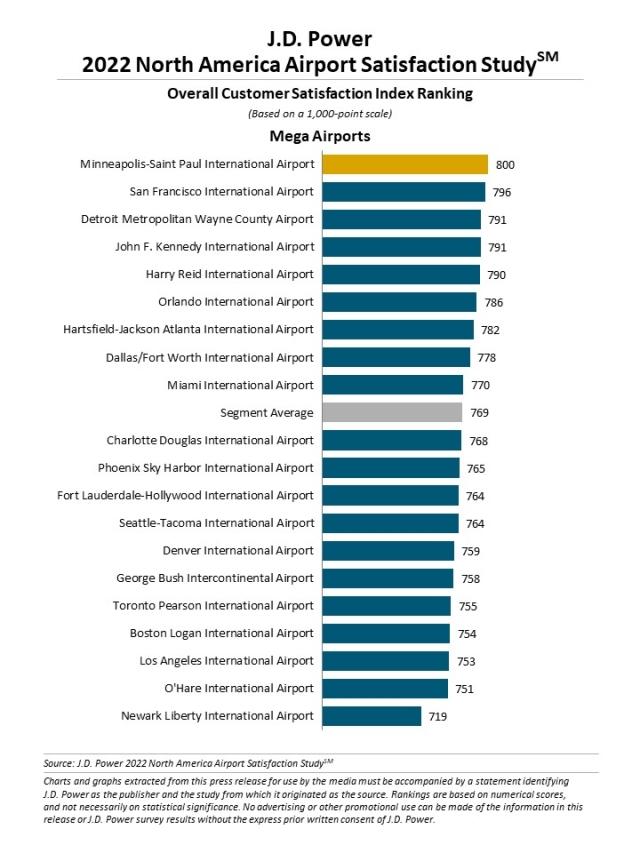 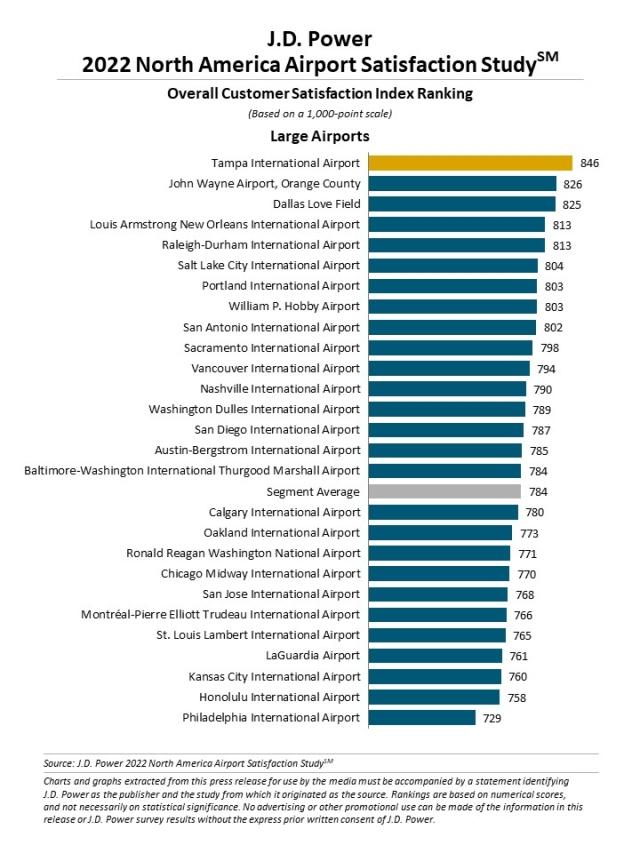 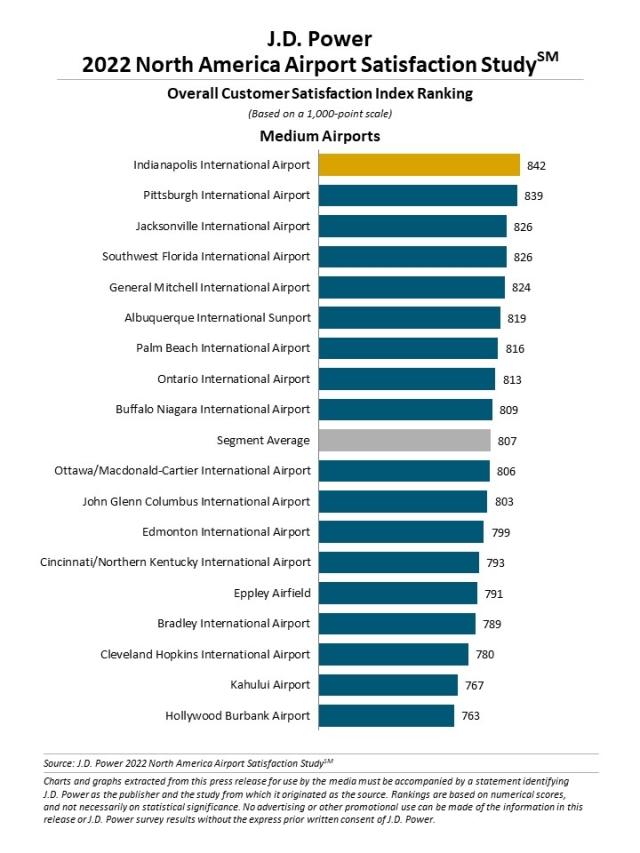